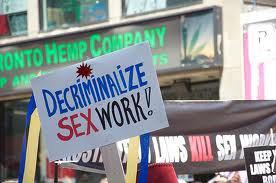 Decriminalising sex work would go a long way towards removing the hurdles sex workers face when trying to get health services, especially for HIV.

Maria Stacey, National Outreach Manager at the Sex Worker Education & Advocacy Taskforce (Sweat) reveals that despite high levels of HIV infection among sex workers, a negligible number of them have access to HIV interventions ‘ either for treating or preventing HIV infection.

Yet statistics from a University of Stellenbosch study claim that almost 20% of new HIV infections in South Africa are among the sex worker community.

Money from the Global Fund to Fight AIDS, Tuberculosis and Malaria has enabled Sweat to expand to six provinces and they are starting to build a picture of how diverse the sex work trade is.

According to Sweat, there are about 132 000 sex workers in the country of which between 80 and 85 percent are women while a minor, but important percentage, are transgender.

Transgender broadly means a person who identifies with a gender identity that differs from the one that they were born with.

Both these groups are biologically more susceptible to HIV. ‘We do believe that by decriminalising sex work we will be in a position to truly address and reduce HIV in these marginalized communities,’ said Stacey.

‘If we can legitimise sex work as a job, we can reduce the stigma,’ she added.

At present, sex workers are not able to freely report illegal activities such as human trafficking or child sex work without themselves being at risk of prosecution.

Seeking help when a condom tears or when they are raped often leads to poor treatment by healthcare providers.

Stacey said in several cases they suspected their clients were denied healthcare or it was delayed because they had been identified as sex workers.

‘Sex workers are also often harassed by police for no apparent reason. They find themselves being arrested by police because they have condoms in their possession. In other cases they are picked up on a Friday and released on the Monday, but in the interim they are denied access to their families attempting to bring them their antiretrovirals,’ Stacey added.

Angie de Bruin is an old hand. ‘If I am telling you it is horrible, I mean it is horrible,’ she exclaims, swinging her hands wildly in the air before righting the red sunglasses on her short-cropped blonde hair ‘ the specs a perfect match for her red hoop earrings and shiny sequenced red dress.

‘They have humiliated me enough. I won’t go to a clinic or public hospital, I would rather find a way to pay for a private hospital,’ says a determined De Bruin.

Now 54 years old, De Bruin joined the oldest profession in the world 32 years ago. Known on the streets as ‘Tough Cookie’, she grows more and more animated when asked how sex workers are treated in healthcare institutions.

‘The clinics give sex workers a very hard time,’ she says, recalling an incident that still upsets her deeply.

‘I was off-duty when an old client bumped into me. Now, I always practice safe sex, even if clients offer to pay me more to have sex without a condom. He was insistent and I didn’t have any condoms with me, so I popped into the clinic.

‘The nurse was at the back and I went to ask her for condoms. She ignored me, took the condoms, walked down the passage and into the reception area where she proclaimed at the top of her voice that I was a prostitute and I was now going to have sex,’ says De Bruin.

‘There are times when you go to a nurse and ask to speak to her privately. She will admonish you and tell you: ‘I don’t have time for this’.

De Bruin claims that sex workers who report broken condoms to a clinic are sent away when they reveal that they are sex workers, with staff refusing to help.

‘We end up going to the 24-hour chemist in Belville where we pay money for the post-exposure prophylaxis and morning-after pill,’ adds De Bruin.

She shakes her head: ‘They truly give us a very hard time.’