In a bid to avoid illnesses and child deaths that could easily be prevented, the national Health Department launched a campaign this week to immunise children so that they are protected against infection. Ayanda Mkwanazi, of Health-e News Service, went to two Johannesburg clinics to see how the campaign kicked off.

It’s a busy day for the nurses at the Joubert Park clinic as parents pour in to have their little ones immunised. The Health Department has just launched its Catch-Up Immunisation campaign and it is encouraging all parents to make use of the opportunity and take their children to their nearest clinics to be given the pneumococcal conjugate vaccine. The vaccine will prevent their children from getting diseases such as pneumonia, meningitis and ear infections. Nurses at the Joubert Park clinic, had their hands full this week. As mothers rushed, nurses found themselves having to calm them down as they waited impatiently for their turn.

Operations Manager at the clinic, Vicky Manzini, says they see about 1 100 children per month who are below the age of five. Most come in for immunisations. Manzini says the number is big in relation to the size of the clinic. She says the clinic’s location, near Hillbrow, where there is an influx of locals and foreign nationals, is the reason behind the high number of child patients.

‘The clinic is near flats. The people who inhabit them are way beyond the numbers for which the flats were made. So, because of the overcrowding, we have high numbers of people and children that we see in the clinic’.

Manzini says as part of the ‘catch up’ immunisation drive, they are going out to crÃ¨ches to immunise children. The consent of the parents is sought before immunisation can take place.

‘We contact the crÃ¨ches to find out whether they have received the consent forms. After that I would go out with a health promoter to do the immunisations in the crÃ¨ches. We walk because it’s more convenient than to drive.

We just pack a cooler box and we put in all of our immunisations and we walk in the inner city to do our immunisations. We also take the opportunity when we see mothers on the street to ask if they have vaccinated their child. It is not uncommon’ she says.

Some mothers I spoke with at the Joubert Park clinic were not entirely knowledgeable as to why they had to have their babies immunised. But they knew that it had to be done.

‘My baby is ten weeks (old). He’s here for some immunisations. I’m not sure for what though, but I know it is to keep her healthy’.

Another mother said: ‘My baby is three months (old). Today was his third immunisation. The nurses helped us. I forgot for what though, but they say it’s to prevent him from getting things like measles. They say he is doing well’.

On the other side of the city, at Rosettenville clinic, the numbers are double those at Joubert Park clinic. Most of their clients come from foreign countries. This is a very mobile community which comes and goes very often. The clinic immunises close to 3000 children per month. However, Operations Manager at the clinic, Pretty Kgoadi, says this frequent movement of people is problematic as it makes it difficult for children to be consistent with their immunisation schedule.

‘We have people from Zimbabwe, Congo, and so forth. They normally come here for immunisations, and then go home. But, the schedule gets disrupted. They disappear after the first vaccine. We are not really winning’, says Kgoadi.

Manager for communicable diseases in the city of Jo’burg’s Health and Social Development Department, Phumzile Zondo, says the department is looking at identifying ‘hot spots’ for child immunisation.

‘Most informal settlements, especially, those that don’t have facilities within reach will always be hot spots. But, every over-populated area is a high-risk area for children not being immunised’.

She says they hope to reach 100  000 children by the end of May. Zondo says crÃ¨ches play a pivotal role in identifying children who have not had their vaccinations.

‘They are helpful. In most crÃ¨ches, before they admit children, they require copies of road to health cards. Our health promoters go to the crÃ¨ches during the year to check the immunisation cards of the kids. That assists us in knowing the number of children and immunisation status. We get a lot of co-operation from the crÃ¨ches because it also assists them not to get any outbreaks’, says Zondo.

The National Health Department says parents should ensure they don’t miss this opportunity to have their children vaccinated.

Repeated promises by the Gauteng Health Department to pay lay counsellors and home-based care givers who have gone without their monthly stipends of R1 500 for four months have still not materialised. The 6000-plus volunteers have voiced their frustration over the non-payment.

Despite reports of broken equipment such as cat scans at Leratong Hospital and the cancellation of operations because of a shortage of sterilisation products at Helen Joseph Hospital, the Gauteng health department says health services are improving. 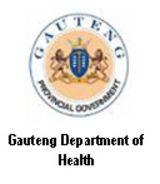 It is estimated that more than 500 million people worldwide will have diabetes in 20 years’ time. As World Diabetes day was commemorated last week, people have been warned to take better care of their health by reducing their risk of getting diabetes. 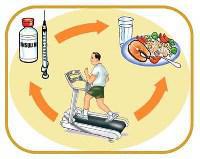