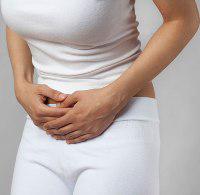 Forty-two year-old Pauline Sangham, a presenter and producer for the SABC’s Lotus FM, has endured excruciating pelvic pains for the past seven years.

‘Oh my word! The pain… the lower back pain’¦ extreme!   The pelvic pain that was mostly on my left side… It felt like I was about to have a stroke and there were sucking pains that sucked out my energy. The pains would go away and come back. They were so extreme I thought I was gonna die’, says Sangham, describing the pain caused by endometriosis.

Her condition remained a mystery for a long time until much later when she was eventually diagnosed with endometriosis.

Symptoms caused by endometriosis can be easily mistaken for those of other illnesses, leading to delays of 8 – 10 years before a correct diagnosis can be made.

‘I met Professor Bagratee from the University of KZN and he sat me down the one afternoon, and we spoke about Endometriosis. He showed me pictures and made me understand that it was a disease. But prior to that, I had no knowledge of it’, says Sangham.

With no relief from her pains and after repeated visits to her doctor, Sangham was frequently off work and that caused her problems with her employers and they started getting impatient with her.

‘My bosses couldn’t understand why I was always sick, always in pain. I always complained like an old lady’, she says.

The disease took a toll on Sangham’s professional life as she became less productive due to the many days she took off sick.

‘I’m a freelancer and that made it even more difficult because I didn’t have a medical aid. And if I didn’t go to work I didn’t get paid and that used to be for a lengthy period of time. It meant that I now faced a financial crisis’, says Sangham.

It was not just her career that was at risk of falling apart because of endometriosis. Her personal life was also affected.

‘I had drastic mood swings, I was always naggy, and I was always irritable’¦ everything seemed humongous. My entire relationship with my family was not a pleasant one, and I can understand why they tried to stay away from me’, says Sangham.

Dr. Peter Koll, a specialist Obstetrician and Gynaecologist, in private practise in Johannesburg, says endometriosis can have a devastating effect on a woman’s life in the workplace.

‘Endometriosis does account for extra days of work lost, decreased work productivity, chronic fatigue, irritability and even depression, which all, obviously, can affect work performance’, he says.

Dr. Koll says endometriosis is a chronic disease where tissue that resembles the lining of the womb, the uterus, is found elsewhere in the body. This tissue forms endometrial scratches which cause internal bleeding and are most often found on the ovaries and all other organs within a woman’s pelvis.

‘The lining of the womb is called the endometrium. That is the lining that comes away every month with menstruation. When that lining gets outside the uterus and seeds out in the pelvis, you bleed internally. Every time you bleed externally, that sets up pain, inflammation… And that’s endometriosis’, says Dr. Koll.

‘The typical symptoms that one would watch for is painful intercourse, chronic pelvic pain and painful periods. It’s prevalent to women of reproductive age. There is no endometriosis before puberty and there is no new endometriosis after menopause. So, anybody during their reproductive years can develop endometriosis’, he adds.

While endometriosis can be treated and managed, it is important that it is diagnosed early. However, the disease can never be completely cured. If diagnosed late, as in the case of Pauline Sangham, it is possible for the condition to recur.

‘I’ve had my hysterectomy and it’s a year later now. It was about a week ago that I felt some pain coming back.   It means I have to go back to my doctor to see if it’s recurring’, says Sangham.