29th February 2012 | Kerry Cullinan
There's a dire shortage of doctors, but medical schools can't cope with many more students unless they get a massive cash boost.

There’s a dire shortage of doctors, but medical schools can’t cope with many more students unless they get a massive cash boost.

First year medical students start their training at the country’s eight medical schools this week, but thousands of aspirant doctors have been turned away for failing to get top grades.

Yet the country is desperately short of doctors, and at the current rate of around 1 200 new doctors graduating a year, it will take a decade to clear the backlog ‘ and that is provided that all new graduates stay in the country and in the public sector, which is highly unlikely.

Almost half the positions for doctors in the public sector are vacant, which means that the country needs around 11 000 more doctors, according to the SA Health Review 2010.

The National Health Insurance scheme will need even more doctors to deliver adequate services via its envisaged district health teams, as it is phased in over the next 14 years.

‘Universities will have to plan to increase their teaching capacity as we will provide an enabling environment for them to increase their numbers,’ said Health Minister Aaron Motsoaledi at the launch of the human resources strategy for health late last year.

‘Working in tandem with my colleagues in Higher Education, we have to link planning and training so that the numbers trained can supply the need and improve our ability to respond.’

Motsoaledi met the Deans of all Health Sciences faculties last year and appealed to them to increase their intake of medical students this year.

‘Wits was the first in the country to increase its intake by 40 in 2011 already, with some additional financial support from government,’ according to Dean of the Faculty of Health Sciences, Professor Ahmed Wadee.

However, this increase came at a cost of R8-million (R200 000 per student) and the additional money was secured when the Health Minister appealed directly to the Finance ministry.

Despite the increase, Wits can only accommodate 200 first year students and a further 80 places directly into third year medicine via the Graduate Entry Medical Programme.

‘This is based on infrastructure and staffing limitations and the accommodation of practical and clinical training for students in laboratories, hospitals and other facilities,’ said Wadee.

Professor Gonda Perez, Deputy Dean of the University of Cape Town’s Health Sciences faculty, said her university would ‘welcome the opportunity to support the Department of Health to enroll additional students, provided that additional resources were made available’.

In 2003, it cost UCT R1.2-million to train a single medical students for six years ‘and since then costs have escalated’, said Perez.

UCT has also submitted a long-term plan to the Department of Health last year, outlining what resources it needs to produce including additional staff, space and laboratories.

The University of Pretoria, which enrolled 220 students, also did not increase numbers.

‘We are awaiting funding to allow the infrastructure to be changed to accommodate more students,’ said UP spokesperson Sanku Tsunke.

For the past 15 years, the Department of Health has supported students from poor backgrounds with full bursaries to study medicine in Cuba through the South Africa- Cuba Joint Academic Programme. Currently, 70 students are studying in Cuba.

However, this year KwaZulu-Natal Health MEC Dr Sibongiseni Dhlomo said the programme would be opened up to parents who could afford to pay Cuban university fees.

Entry into first year medicine is extremely competitive, with UCT, Wits and UP alone getting around 5000 applications each a year, and UKZN over 5 500 applications.

At the time of going to press, the Department of Higher Education had not responded to questions about whether it was planning to increase government subsidies to medical schools to enable them to admit more students.

DURBAN ‘ Ninety percent of all maternal deaths could be prevented if pregnant women were cared for by trained midwives, with specialised back-up in case of emergencies. 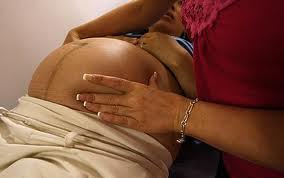 The Democratic Alliance has released a report on the assessment of top management at public hospitals in South Africa, which was compiled by the Development Bank of Southern Africa (DBSA).