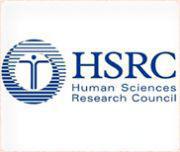 About 211 field workers will be visiting a total of 15 000 households across the country over the next six months. This is part of the 4th South African National HIV, Behaviour and Health Survey that is led by the Human Sciences Research Council (HSRC).

If people wearing dark blue T-shirts with an HSRC logo come knocking at your door, fear not. , t They are the Human Sciences Research Council (HSRC) field workers collecting data for the 2012 South African National HIV, Behaviour and Health Survey.   HSRC Chief Executive Officer, Dr Olive Shisana, says the study is collecting data that will provide a very comprehensive assessment of the health of the people in this country.

‘This is an important study to identify information that is going to be useful for planning services.   We have a major problem with regard to HIV in this country – more than 5.6 million are infected with HIV. For that reason, we need to be tracking this epidemic to see’¦   Are the programmes being implemented actually helping to reduce new infections or not?’ Sishana says.

Dr. Shisana says this study has been critical in terms of monitoring the performance of the country in the implementation of HIV and AIDS programmes.   She says the current National Strategic Plan in South Africa based its information very much on the results of this survey which has been conducted every three years since the study began in 2002.

‘It’s very important that we get as many people participating in this study because we can only get accurate and complete information if more people participate. If we don’t do that the results we get do not become very useful for the country. So, we encourage people to really give the best that they can’¦ give their time and speak as much as possible to our researchers’, she says.

The HSRC admits that some of the questions the survey asks are personal. It urges citizens to co-operate in providing information as this is for the benefit of the country.

‘There is a sexual history question that is a few pages long. It talks about your sexual history’¦ the first time you had sex, how many sexual partners you’ve had. Some people are reluctant to answer. For example, we visited a Muslim area and they don’t want to talk about their sexual history’, says Randy Shakey, an HSRC field worker.

The study also requires participants to give their blood samples for laboratory-based HIV testing. HSRC CEO, Dr Shisana, says the White and Indian communities as well as educated and affluent Africans have been very reluctant to partake in the blood sampling.

‘They say: ‘I already know my HIV status’, ‘this is not a problem in my area’, and some say ‘I don’t’ have time for this’. It’s very important we encourage those people to participate because if we don’t have information from the white community that’s accurate, from the Indian community, from educated blacks, we will have a problem of estimating the prevalence in those particular areas’, she says.

Dr Shisana said there is no reason for these communities to fear giving their blood specimens.

‘The good thing about this (is) it’s really anonymous and confidential. Even when I’m on the field, I won’t know the results of the blood sample because it will be sent directly to the laboratory’, she says.

However, the HSRC will not inform individual participants of their HIV status. Advising participants on how to follow up on their tests, she says:

‘We actually refer them to the clinics; we send the results to their clinics; they have to go through the process of being counselled before; and another test will be done to verify the results’, says Dr Shisana.

The survey is quite intense and it takes a minimum of three hours to conduct, as it involves every member of each household, including children. But HSRC executive director, Professor Leickness Simbayi, says they are flexible with time and are willing to visit each household up to four times to complete the survey.

‘It depends on the availability of the people in the households.   If people are working, the best times to visit would be in the evenings or over weekends.   We are flexible, depending on when there are people at a given household’, says Professor Simbayi.