Home » Pain – a neglected complication of HIV Living with AIDS # 505 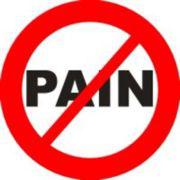 Recent research among South Africans living with HIV shows that they often experience varying degrees of pain, yet many patients do not report it. The study also shows that health care workers are ill-equipped to treat pain in HIV-positive people.

An article published in the European Journal of Pain, reports that pain is very common among people living with HIV. The article was published following research among more than 500 South African out-patients attending public sector clinics in rural Limpopo and in metropolitan Johannesburg. In the research, the study ranked the pain according to how intense it is ‘ from being mild to being severe.

‘Sixty percent of the rural cohort and 59% of the metropolitan cohort reported moderate to severe pain at the time of the interview. So, it’s a significant burden that these patients are carrying around. If you took an 11-point scale, starting at 0 with no pain at all, and 10 being the worst pain you’ve ever experienced in your entire life. Anything from a rating of 4 out of 10 to 10 out of 10 is moderate to severe. So, moderate would be 4 ‘ 7 on an 11-point scale and severe from 8 ‘ 10. So, it’s quite an interfering pain. It’s quite severe pain’, says leader of the study, a Wits University professor in the Faculty of Health Sciences, Peter Kamerman.

Professor Kamerman says various factors cause people who have HIV to experience pain.

‘The virus itself and the immune response to the virus can lead to inflammatory responses which increase pain. But, also, in addition to the virus itself causing pain, if you’ve got an infection which decreases your immune system you’re increasing your chances of secondary complications ‘ cancers, secondary infections ‘ all of which, themselves, might be associated with pain. In addition, a problem with HIV is that many of the older drugs for the treatment of HIV are, themselves, neuro-toxic. They can cause nerve damage, which, then, also can lead to pain. The result is that pain is very common in people with HIV, and that’s across all stages of the disease’, he says.

Susceptibility to pain is present even when patients are on anti-retroviral therapy and have higher CD 4 counts. Professor Kamerman adds that the most important finding in the study is that patients don’t receive appropriate treatment for their pain.

‘The pain isn’t being well-managed. The treatment is extremely low. Lots of patients who have got pain are not being treated for that pain and when they are being treated, they are typically being under-treated’, he says.

He adds that: ‘It’s a two-factor thing. The easy thing to jump to is that the doctors aren’t treating them properly. But it’s not that. The case is probably a combination of patients not reporting the pain’¦ Even if it was moderate to severe pain, they weren’t prioritising the pain as being important to them and, therefore, it wasn’t interfering with their daily function’.

Professor Kamerman says doctors seldom enquire if their patients do experience pain. He says they also fail to treat it appropriately.

‘The other thing is from the doctor’s side of point of view, is the doctor asking: Do you have pain? Then, if the doctor is even asking about whether or not they have pain, do the doctors have the appropriate training to assess and treat that pain? In most cases, in medical schools there is under-teaching of pain assessment and pain management. You might have a doctor who cares a lot about whether or not the patient is in pain, but when it comes down to the fine management of pain, which can be extremely complicated, especially in diseases like HIV where patients can have multiple different types of pain in only one person, they don’t know how to actually manage that pain properly. So, the result is an under-treatment of the pain’.

The research conducted in Limpopo and Johannesburg clearly illustrates the doctors’ inadequacies regarding managing pain in their patients, says Kamerman.

The most common parts of the body where the pain was felt were the head, the abdomen and feet in the metropolitan group, while the rural group experienced pain in the head, abdomen and genital area.