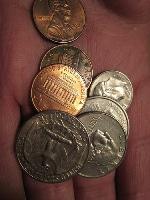 Efforts to reduce the burden of disease in Africa over the last 10 years have improved. But malaria, TB and HIV/AIDS are still critical issues facing African countries. At a meeting held in Cape Town to discuss health care in Africa, it was heard that new drugs are in the pipeline for the better treatment and management of HIV/AIDS.

‘In the pipeline we have newer and better drugs. Better means down to one pill a day and, secondly, the drug is killing the virus more effectively and, thirdly, less side-effects. In the past we have had problems with the side-effects of HIV drugs. We still do, but much less because the quality of drugs has improved’, said Sir Richard Feachem, Director of the US-based Global Health Group.

In the case of malaria, new diagnostics are now used to provide rapid and accurate tests for those in remote areas. Unni Karunakara, from Medecins Sans Frontiers (MSF), said this is a breakthrough for Africa.

‘Before, we had to rely on microscopes, whereby people had to go to the health centers – and that’s if they even had one and someone who can draw blood.  And, previously, people with malaria were treated symptomatically and many did not have malaria. So, now we are accurate. We are treating people with the disease. That is a huge improvement’, Karunakara said.

Yet malaria still remains a huge problem on the continent.

‘It kills about 800  000 children every year. Children who do not die of it are weakened by malaria. This is because they are out of school a lot due to episodes of malaria. Their cognitive development is impaired because of frequent attacks of malaria. So, malaria produces generations who have not benefitted from schooling to the degree they might have’.

But, with insufficient funding curbing the burden of disease is difficult, particularly as foreign funding for health care in Africa is drying up.

‘Foreign companies are deterred from investing. If they think that their new investment will be in a highly malarious area, they go somewhere else. Malaria costs Africa many billions of dollars every year and getting rid of it will be a huge boost not only for human welfare, but for the economy of Africa’, said Sir Richard Feachem.

With international funding cuts, domestic funds are just insufficient to carry the burden of disease single-handedly.

‘I think every African government needs to prioritise; and members of parliament and ministers of finance to begin to systematically increase the domestic expenditures on health to reduce the dependence on international money, particularly in this era of international money declining’, added Feachem.

‘We have come a long way on putting more people on treatment and there is progress within all of the chronic diseases’¦ The deaths of malaria having gone down and curing many more cases of TB and many more on treatment. But, now we are in a situation where money is a problem and this is a worrying moment because we have a momentum to keep up if we want to conquer the epidemic. This is not the moment to pull back; international donors must continue their funding and keep the progress we have made’, he said.