A Grade Seven learner and her mother have laid a complaint with the Gauteng Department of Education after claims of discrimination of the learner by fellow learners and teachers at a Pretoria school. They are accusing them of discrimination because the girl’s mother is living openly with HIV.

*Susan, *Nomathemba’s mother, has been open about her HIV status in their community. But this has had bad results for Nomathemba, who is a Grade Seven learner at a local Pretoria school. Nomathemba says her mother’s HIV status sparked rumours in school and it was believed that she, too, is HIV-positive. She says her peers make her life difficult and she is often teased at school.

‘I was in Grade Five. One of my family members went and told people that my mom has HIV. A group of kids – almost half of the Grade Sevens of 2010 – came to me and called me names. I just burst into tears and went to tell my deputy principal and she told me I complain too much’, she says.

Softly-spoken, Nomathemba says she used to enjoy going to school and meeting with children her own age. But all this has changed. As the years passed, the teasing and name calling continued and this was followed by allegations of theft against her.

‘If someone’s money goes missing, the principal goes into our class and personally asks for me. Then he searches me and tells me that I stole the money and people saw me. But whom? Because nobody came forward and nobody came to make a statement that they saw me.  He only says people saw me and I am the only person who is searched. Nobody else in the class is searched. It’s not fair, everybody should be searched’, says Nomathemba.

The unpleasant incidents have already led Nomathemba to attempt suicide. Once, she drank paraffin and was hospitalised for six days. Her mother, Susan, says the last straw that drove her to the Education Department’s doors was her daughter’s distress phone call one morning.

‘She is always sitting in break detentions without food. She has to be escorted to the toilet and from one class to the next. It was a cake and candy sale, she called me crying, saying she is hungry and wants to go and buy some food, but they (teachers) won’t allow her and she has been instructed to sit under the tree. I tried to call the school but got no joy. Then I got another call from her, saying: ‘Mom, the teacher was here and gave me two cup cakes’.

Susan says she strongly believes the school is discriminating her daughter because she is HIV-positive.

‘I don’t know what to do anymore. My daughter is still suicidal and people see her comments on facebook, saying, she ‘can’t take it anymore’. I am always worried what she will do next in response to the treatment from her school. There are many incidents that happen at school and the other kids get treated fairly, but she is always victimised or given a harsher punishment within the group’, says Susan.

Meanwhile, the Gauteng Education Department has met the mother-daughter pair. The Department’s Dan Modiba says they take such allegations very seriously and have promised that they will do their best to get Nomathemba’s life back to normal again.

‘I must take this information as part of the intervention. I must go to the school and talk to the principal, deputy principal and your class teacher. We just need to rectify this problem and that which has been alleged in this report. We don’t want to see any misbehaviour’.

‘It might mean they will experience anxiety. It can manifest itself in depression… might be linked to suicide ideas… they’re thinking death’, says Engelbrecht.

*Please note that we have not used the real names of the mother and daughter in this story to protect the child’s identity as she is still a minor.

Home-based HIV testing, which enables you and your family to have an HIV test in the privacy of your own home without having to go to a health facility, is one of the newest efforts to be introduced to get people to know their HIV status. 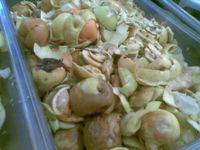 Civil society organisations say the right to access health care is still not a reality for many in Gauteng province.