Home » Early baldness may be a risk factor for prostate cancer 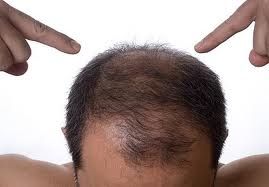 New research suggests that male pattern baldness may be a risk factor for prostate cancer.

The study, presented at the 107th Annual Scientific Meeting of the American Urological Association (AUA), found that men who go bald early in life are probably at increased risk for developing prostate cancer and therefore should be screened more frequently and perhaps earlier.

Furthermore it showed that baldness combined with finger length ratio was not a predictor of prostate cancer in the 196 men between 59 to 70 years old who took part in the study.

“Androgens play a role in the development of male pattern baldness by stunting hair growth and they also play a role in the growth of prostate cells,” said senior author Dr Neil Fleshner, from Princess Margaret Hospital in Toronto, Canada. “The ratio of the lengths of index and ring fingers is also a marker of exposure to androgen, with a low index to ring finger ratio indicating high prenatal androgen action.”

Previous research have demonstrated an association between male pattern baldness and the ratio of the lengths of the index and ring fingers (2D:4D) and prostate cancer. Dr Fleshner and his team aimed to validate these findings in a prospective cohort.

In the study, finger lengths were measured and male pattern baldness was assessed on a scale of 0-4, with 0 being the least amount of balding and 4 being the most severe.

On univariate analysis, male pattern baldness was associated with prostate cancer (p for trend = 0.03), but 2D-4D ratio was not.

“Not only should men with male pattern baldness early in life, say in their 20s or 30s, be screened more frequently, the threshold for biopsy in those men should probably be higher than for men who are not bald,” Dr Fleshner said.