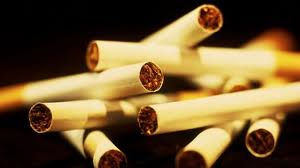 Smoking continues to be a major challenge to public health despite efforts by government and civil society to limit the use of harmful tobacco products.

Despite legislation restricting the advertising of tobacco products, the tobacco industry continues to recruit smokers through aggressive ‘dark marketing’ tactics, the Cancer Association of South Africa (CANSA) said in a recent report.

‘We want to make everyone aware of the tactics by tobacco brands that lure them into smoking. We’re aware that in the past tobacco smoking was made freely available and promoted at exclusive parties – we have evidence of specific brands promoting cigarettes in a supermarket, as well as at a restaurant as recently as November 2011. Beautiful women are used to promote and even distribute free cigarettes in that environment; giving the impression that smoking is ‘cool’,’ says Van Rensburg.

‘It’s up to all of us to fight the covert tactics of the tobacco industry and their agents and make the right choice in not supporting it in any way,’ said Van Rensburg, warning the public and retailers to beware of illegal marketing tactics by tobacco companies. ‘Get to know the law around the Tobacco Control Act, as you have the right to a smoke-free environment and we urge you to report any non-compliance to the Environmental Health Offices of the local municipalities.’

Tobacco use in any form is dangerous to health and even being around someone who smokes, is harmful. Tobacco smoking, including second-hand smoke is known to cause lung cancer, heart disease and other illnesses.

‘A big concern is that of hookah (hubbly-bubbly) smoking, which seems to be a popular pastime at parties with teenagers and students,’ reads the CANSA report. ‘While they may think it’s safer than cigarettes, in fact it’s deadly. Smoking one hookah pipe can give you as much nicotine as smoking 10 cigarettes ‘ even after the smoke has passed through the water it still contains high levels of toxins including carbon monoxide and cancer-causing chemicals.’

Tobacco kills almost six million people a year, an average of one person every six seconds, with the biggest rise in low- and middle-income countries. Over 44 000 people die each year from tobacco related diseases in South Africa.