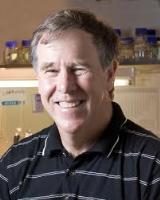 Sport scientist Professor Tim Noakes continued his controversial stance yesterday, stating that dietary advice fed to the public for the last few decades are part of a conspiracy to promote higher consumption of corn-based products that are harmful to human health.

Noakes, addressing colleagues at the University of Cape Town yesterday (THURS), explained that before the introduction of the Western, or ‘prudent’ diet, rural populations hardly suffered from dental cavities, obesity, diabetes, heart disease, some cancers, stroke and other health problems. The prudent diet is based on the food pyramid in which carbohydrates-rich foods, such as bread, form the basis of the diet, and fat and protein are at the very top of the pyramid, and should be consumed the least.

Noakes yesterday literally turned the concept of the food pyramid on its head, advocating that a high-fat, high-protein diet is the ideal, and that carbohydrates are responsible for many of the world’s major health problems, including obesity, diabetes and heart disease.

“The consequences of the ‘coca-colonisation’ of our poor people, in terms of their health, are terrible,” said Noakes. He refers to the introduction of the Western diet to other parts of the world as the ‘coca-colonisation’ of a population.

‘People’s fear of fat is part of a conspiracy first introduced during the Nixon-era,’ Noakes told the packed audience, who laughed at the idea. According to him, Nixon needed to win favour with growing discontent in the American-population who was at the time burdened by the Vietnam War and rising food prices. The then president’s aim was to provide relief through cheap food, which came in the form of corn. Many food products, such as oils and high-fructose corn syrup, can be produced from corn at low cost.

Fat has been branded as harmful to human health and is particularly linked to cholesterol, which is commonly believed to cause heart disease. But Noakes disagrees. He uses the ‘French Paradox’ as an example: ‘The French do everything wrong [pertaining to diet], but they have a low incidence of heart disease,’ said Noakes.

He showed evidence that the scientific reports on which the concept of cholesterol’s link to heart disease was built, actually omitted important data that disproves the whole theory. Other scientists that tried to prove the opposite found themselves without any funding for their research, he said.

Noakes showed evidence from tens of studies which he claims shows that not only is cholesterol’s association to heart disease much smaller than most people think, but there are also other health factors that play a much larger role in heart disease. Diabetes, blood pressure and a patient’s smoking status are much higher indicators than cholesterol. Yet, many people, including doctors, use cholesterol levels as an indicator of cardiac health.

Many of Noakes’ academic colleagues in the audience did not agree with his entire presentation, and the criticism included:

·               That Noakes did not distinguish between good and poor-quality carbohydrates. Highly-processed carbohydrates such as flour used in white bread is significantly more harmful than complex carbohydrates found in vegetables and full-grain bread.

·               Noakes was accused of only using results from studies that promoted his ideas, and that his interpretation was an oversimplification of a complex body of research.

·               Another critic argued that one cannot compare the health rates of people in the present to people who lived 100 years ago, because back then people didn’t live long enough to develop cancers and heart disease.

British celebrity nutritionist Patrick Holford has been asked to stop making claims that ‘have the potential to cause people with life-threatening illnesses to make medically unsound decisions’.

Hunger is driving violence and entrenching the social divides created by apartheid, as under-nourished children are unable to catch up to their peers.

Good nutrition helps keep your immune system strong and it’s especially important for people living with HIV, as it enables them to better fight the condition.

Posted in: HIV and AIDS, Nutrition 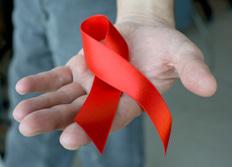