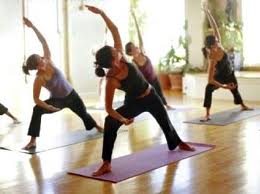 Researchers have identified various successful and promising interventions from around the world that could be used to improve opportunities for regular physical activity and encourage more people to be physically active.

‘Because even moderate physical activity such as walking and cycling can have substantial health benefits, understanding strategies that can increase these behaviours in different regions and cultures has become a public health priority,’ explains Gregory Heath from the University of Tennessee, lead author of the study.

By analysing 100 reviews of clinical and community-based physical activity interventions published between 2001 and 2011, the authors identified a number of effective ways of promoting exercise in people of different ages, social groups, and countries worldwide, through communication and information strategies, social and behavioural support initiatives, and modifications to environmental design and transport policies.

Successful examples included promoting exercise and community events through mass media campaigns   as well as decision prompts and signage to motivate people, for instance to use stairs instead of lifts.

Social support networks such as buddy systems and walking clubs were also important, as were free exercise classes in public places such as parks that targeted populations who are less likely to manage recommended levels of activity, including women, those on lower incomes, and older adults.

For example, evidence from studies in the USA, Australia, Belgium, Canada, England, and Germany indicates that street-level strategies such as improved lighting and aesthetics can boost activity levels by as much as 50%.

Another potentially effective intervention that originated in BogotÃ¡, Columbia, and has now spread to almost half of countries (100 cities) in the Americas, is known as CiclovÃ­a. The programme closes city streets to motorised vehicles for the use of walkers, runners, skaters, and cyclists on Sunday mornings and public holidays. The CiclovÃ­a attracts about a million users every week, mostly people on lower incomes, and provides about 14% of the weekly recommended population requirement for weekly minutes of physical activity for BogotÃ¡.

‘Overall, our findings showed the interventions to have consistent and significant effects on physical activity behaviours. Even though in some instances the effect sizes of these interventions were rather modest, they were large enough to translate into real population-level benefits if   rolled out on a larger scale,’ concludes Heath.