Home » Catching children before they fall 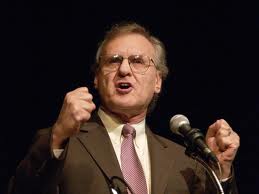 What is desperately needed are the drugs that will keep HIV-positive children alive from birth to the age of three. By Stephen Lewis

Tucked away in Polly Clayden’s remarkable chapter on The Pediatric Antiretroviral Pipeline, is a trenchant observation that seems to me to be the essence of this satellite session. She writes: ‘Reality check: although antiretroviral treatment coverage for adults continues to grow and now reaches about half of those currently in need, for children ‘despite a dramatic increase in those receiving antiretrovirals since 2005 ‘ this proportion does not even reach a quarter. So the remaining majority of the 3.4 million children in need of treatment worldwide are still neglected.’

And here’s the crux: ‘Meanwhile pediatric HIV is becoming an old story set against a backdrop of targets to eliminate vertical transmission by 2015, which though they are to be applauded, must not happen at the cost of continued scale-up for children.’

If I may oversimplify, for the purposes of this session, what is desperately needed are the drugs that will keep HIV-positive children alive from birth to the age of three. That’s the key component that’s missing. Now before I elaborate further, let’s bring the figures up-to-date based on the omnibus UNAIDS report released this week.

In 2011, there were, as indicated, 3.4 million children, younger than fifteen, living with AIDS, 91% of them in Africa. In 2011, there were 330,000 new infections. In 2011, an estimated 230,000 children died of AIDS-related illnesses. To provide further perspective, antiretroviral coverage for adults has  reached 57% — still appallingly low, while coverage for children languishes at 28%.

Alright, that’s the backdrop; let me move to the argument.

The numbers of children sacrificed needlessly throughout the scourge of the pandemic is heartbreaking’¦for some of us it amounts to appalling criminal negligence. Even in the UNAIDS report, it is recognized that ‘Between 2000 and 2005, despite widespread knowledge of how to reduce mother-to-child transmission, the transmission rate remained flat.’ In fact, the report in language that is almost scathing considering it’s a cleansed and neutered UN document, says that the 3.4 million children currently living with AIDS, is ‘a result of the slow progress made earlier in the decade ‘¦’

That’s an extraordinary admission when you think of it: governments may have been notably delinquent, but the two most powerful multilateral organizations that should have broken the impasse were UNAIDS and UNICEF, and it did not happen. We are in real danger of history repeating itself.

No one — absolutely no one’would take issue with the global plan ‘Towards Elimination of New HIV Infections Among Children and Keeping Their Mothers Alive.’ It’s about time. In truth, it’s shocking — it challenges credulity — that we only consecrated such a plan in 2011. But I have to agree  with Polly Clayden, although she would undoubtedly use more measured and temperate language than I’ve employed, that you can’t aim for the virtual elimination of pediatric AIDS by 2015 at the expense of continued scale-up for children living with AIDS now.

But that’s exactly what appears to be happening.

I fully understand the wider strategy. The year 2015 coincides with the Millennium Development Goals. In terms of preventive interventions, there’s nothing easier than the prevention of vertical transmission. It is axiomatically linked to ‘treatment as prevention’. It will be a great PR coup to claim an AIDS-Free generation in three years’ time. The donors’and we shouldn’t kid ourselves; there’s a lot about the donors here’will be encouraged; maybe they’ll give more money. And we’ve even thrown in that last-minute phrase ‘Keeping Mother’s Alive,’ demonstrating ‘in this newly-discovered moment of revelation’that women also count for something.

But we’re repeating history again. Yes, the powers-that-be can rightly claim significant progress in the prevention of vertical transmission, but why is progress so painfully slow and incremental when it comes to the treatment of children living with AIDS? Why the distortion in response?

Is it not possible to do two things at once?

And that’s what makes this session so important. As DNDi said in its release announcing the new collaboration with CIPLA, without treatment more than 50% of children die before the age of two and 80% die before the age of five. Obviously, then, the great majority of the 3.4 million kids still alive, and living with AIDS today, are over the age of six. We have to make sure that those numbers do not grow. And with the best programmes and intent in the world focused on the elimination of vertical transmission, the 330,000 children who were newly-infected with HIV last year and the inevitable additional hundreds of thousands born this year and in the immediate future deserve the right to live.

They are not expendable casualties because they didn’t fit into prevention of vertical transmission. Again, as DNDi says ‘The global strategy to eliminate new infant infections ‘¦ by 2015 will be confronted with the reality that some children continue to be infected, and urgently need access to early diagnosis and immediate ART with safe, potent, child-friendly treatment combinations.’ Right. They are not lesser beings because they have emerged infected.

I’m no scientist or researcher; I’m right out of my depth on the minutiae of drug development. But from everything I’ve read, including what Polly Clayden says is now in the pipeline, I know that a breakthrough is possible. And DNDi knows that it’s possible. And the major drug companies, both brand-name and generic know that it’s possible. Everyone recognizes, I think, that we have to get child-formulations approved much more rapidly, the guidelines from WHO next year must be definitive, and the new drugs must then be rolled out with a sense of maniacal urgency.

I know there’s not a big, lucrative market. So drug companies are reluctant to invest in the innovative dynamic that’s required. But the children we’re talking about are overwhelmingly in Africa; surely the money can be found for that beleaguered continent and a moral imperative can take hold. Allow me to point out, that just in the last three years, four drug companies alone, Glaxo, Pfizer, Abbot and Johnson and Johnson, have already paid, or are expected to pay a total of $8.9 billion dollars in fines to avoid criminal or civil liability, or both, for what amount to breaches of the public trust. And we can’t find the money for a pediatric formulation? Spare me.

If 230,000 children, mostly under the age of five, died this year, and the numbers were much higher in the preceding years, imagine the millions of little lives that were lost, unnecessarily, over the last decade and more. It’s just unconscionable. It shatters the soul. Never again. It just can’t be allowed to  continue. This is a tide we know how to turn.