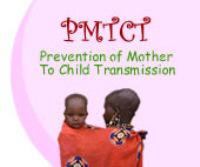 In 2010 the national HIV mother to child transmission rate was 3.5% percent. In 2011 the number dropped even further to 2.7%. The study focused on the effectiveness of the PMTCT programme at six weeks after birth. It reviewed PMTCT statistics from more than 500 health facilities throughout South Africa and conducted interviews with caregivers or parents of infants aged between four and eight weeks. Blood samples were also collected from infants whose caregivers or parents gave consent.

Explaining what the reduction could be attributed to Goga said: ‘The big difference between 2010 and 2011 is the increased access to triple anti-retroviral treatment to pregnant women. In the PMTCT policy in 2008, anti-retroviral treatment amongst women was started when they had a CD4 cell count lower than 250. So, when we did the survey in 2010 many of the mothers would have been pregnant in 2009 and received the old treatment. In 2011, mothers would have been pregnant at the time we had a policy change in South Africa that started AZT from 14 weeks of gestation. What we see now is that 33% of HIV-positive mothers reported to have access to Anti-Retroviral Therapy in 2010, and this increased to 40% in 2011. This could possibly explain the transmission rate difference we’re seeing in 2010 and 2011’, says Goga.

The study further shows that with the current PMTCT programme in place more than 100  000 infants’ lives were saved. Goga says this could possibly mean that the country is moving closer to its goal of less than two percent transmission by 2015. The four provinces which have shown the biggest decline are KwaZulu-Natal, the Free State, Mpumalnaga and the North West. Health Minister, Dr Aaron Motsoaledi, has expressed his excitement.

‘In 2008, the transmission rate was 8%. In 2010 it dropped dramatically to 3.5% and today we announce in 2011 it has dropped to 2.7%. So, indeed we believe we are on course to reach the target by 2015. We are happy that in 2010 the biggest drop was in KZN, which is province number one in prevalence. We are also celebrating the drop in Mpumalanga, which is number two in terms of prevalence in the country.

I have always been worried about them. I also note the huge drop in the Free State, which is number three in the country in terms of prevalence. So, the problematic provinces in terms of the HIV prevalence are showing significant reductions. That gives me confidence’, Dr Motsoaledi said.

‘As we implement our exclusive breast-feeding policy, I would like to ensure that all eligible HIV-positive mothers are on ART for the duration of breast-feeding, so there is no HIV transmission after 6 weeks of age, which is when we test the infants. It is important to understand that being HIV-positive doesn’t mean mothers cannot breast-feed because many more infants are lost to lack of breast-feeding than HIV. If they can be put on ART, we would have saved more babies. If we sustain these results, we would have made major efforts to reduce under-five mortality in the country, which has been a very worrying factor’,  Motsoaledi said.

Meanwhile, civil society has welcomed the findings, but has warned that much still needs to be done.

‘There is no space for complacency, but room for improvement’, said Section 27’s Director, Mark Heywood.