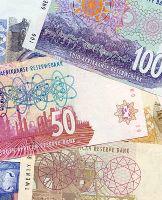 Newly appointed Gauteng Health MEC has a huge task of ridding his department free of corruption. Democratic Alliance Health spokesperson, Jack Bloom says the department’s financial crisis is transparent of the corruption within.

‘The main thing is to fix up the financial management – absolutely critical! The other thing is getting rid of corruption, which ties in with financial management. They need to put in controls. This is a department where I think there has been rampant looting in the past’.

Gauteng DA Health spokesperson, Jack Bloom, says the appointment of Hope Papo as the new Gauteng Health MEC comes at a time when the department is experiencing some serious challenges, with financial problems being first on the list. He says the state of public hospitals also needs to be a priority, as many are partly dysfunctional due to the unavailability of resources. Bloom says hospitals need to be given powers to run and maintain themselves so that quality health service is provided to the people of Gauteng.

‘We need to have CEOs of hospitals who know what they are doing and they should have powers to do their job. In many instances they can’t do their job because suppliers haven’t been paid or equipment isn’t maintained.

And if you take hospitals like Charlotte Maxeke and Chris Hani Baragwanath… these are multi-billion corporations… they have huge budgets and yet they don’t have powers over things like maintenance. It is ridiculous that Charlotte Maxeke has six broken lifts for the last three years’, Bloom says.

Charlotte Maxeke Academic Hospital has been operating with limited equipment in the Oncology Department. Many patients have been left high and dry with no access to diagnostics or treatment for cancer, for example, due to equipment not working. It is this poor maintenance that Bloom is talking about. Gauteng Health MEC, Hope Papo, has noted these challenges and agrees that the situation is unacceptable.

‘It was caused by financial difficulties. We hope now some of the machines are working and that the hospital management will begin to clear the backlog with our support. We are saying we are not happy they had to wait for long. But we are doing everything in our capacity to ensure the machines are working in all hospitals. We cannot be happy that people had to wait for treatment because of the situation we are in’.

Meanwhile, the Treatment Action Campaign (TAC), has added its voice, saying that the MEC also has to address issues of preventable baby deaths in the province’s hospitals. TAC Provincial Secretary is Andrew Mosane.

‘We have raised this issue with the previous MEC, Ntombi Mekgwe. What made me angry is that she went on media to say ‘it is God’s will for the kids to die’. And finding out that many service providers were not paid, including those of the incubators, simply told me that people being deployed as MECs are not interested in their positions, they are just there politically as deployed by the ANC without any community interest’ says Mosane.

Health MEC, Papo, took a defensive stance. He said the public health system needs to be applauded for its work and that focus should not only be on the negative alone.

But if only 10 kids died and people don’t know that 25  000 were born safely, it demoralises the health professionals. It’s as if their job is to kill patients’, says Papo.