Seventy-five percent of South African women will suffer from vaginal thrush, at least, once in their lifetime. And while the condition may not always be preventable, it is manageable with the correct treatment. 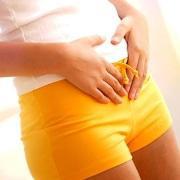 ‘It’s quite painful, very irritating, and uncomfortable and, in a nutshell, I would say it is a nightmare to every girl, especially me. I first had thrush when I started tertiary… when I became sexually active’, says Palesa Ndlovu, a 29-year old woman from Springs, on Gauteng’s East Rand.

Vaginal thrush is a common condition in women between the ages of 21 and 45 years. In many cases it has no clear identified cause. However, it is generally caused by a hormonal imbalance in the vagina.

Ndlovu says due to lack of information about the condition, it can cause panic when it appears.

‘When it happened for the first time you have all these reasons… You think it’s the soap you are using… I thought it was some kind of a disease when it happened. I also thought it might be a virus and that I had done something wrong. I thought I had myself to blame for it’, she says.

Many women will have a recurrence of vaginal thrush once they have had it. Thus, it is important to know how to properly manage it. But panic, fear and shame renders many women silent about the condition. These led Ndlovu to self-medicate before she finally decided to consult a doctor.

‘I was advised by my peers that I need to put Dettol in the water, take a long bath and add salt in the water to make it go away. All that it did was make it get even worse. It became so unbearable I decided to consult a doctor’, Ndlovu says.

Research shows that 86% of women view the condition as serious, while 56% find it very embarrassing. While there may not be a clear cause of vaginal thrush, certain factors such as pregnancy, menopause or using certain gels may contribute to it. Brand Manager at Bayer Consumer Care, Thung ‘Thung Moswane, says sometimes it can be also be caused by an underlying condition. However, she says vaginal thrush is not caused by Sexually Transmitted Diseases (STDs).

‘Women who might be HIV-positive, (have) diabetes, (are) pregnant can be more susceptible to it, simply because their immune system is weakened and is, therefore, compromised. Women do generally make a link to thrush and STI’s, but factually, no, it is not caused by STI’s. Thrush can be caused by wearing tight jeans, damp underwear, sports, sweating and dampness’.

‘Redness around the vagina, swelling, vaginal discharge, itchiness and a burning sensation are usually the first signs of thrush. If the symptoms are heightened, it could be something more than thrush’, Moswane says.

She says this is a normal and common condition in women and there is no need for panic, as help is readily available over the counter.

‘I would suggest that they go to a pharmacy and get treatment that is clinically proven to effectively treat the thrush, as opposed to self consultation. Many people may have a possibility of recurrence if they treat themselves. There are different types of sufferers. There are those who would get it once, then again in 15 years’ time. Those people would get a two or three-day treatment. But the chronic sufferers would need a longer treatment’.

Moswane urges women to talk openly about vaginal thrush and not to self-medicate.

Healthy eating coupled with regular physical exercise can go a long way in prolonging your life. The World Health Organisation’s (WHO’s) recent recommendation is for people to take, at least, 30 minutes exercising five days a week. 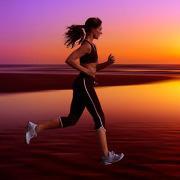 Many Free State children need effective pain management for various conditions. The Sunflower Children’s Hospice in the Free State province shows that the vast majority of these are children living with HIV and AIDS.

In a special partnership the Soul City Institute for Health and Development Communication and the Wits School of Public Health, have launched a post-graduate degree programme aimed at breeding professionals who will promote and implement social and behaviour change communication in health.