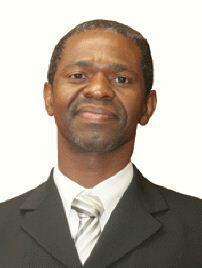 The Treatment Action Campaign (TAC) has lodged a complaint with the Public Protector against the KwaZulu-Natal Health MEC Sibongiseni Dhlomo and the provincial health department over its continued use of the Tara KLamp (TK) in male circumcisions.

The Public Protector is asked to investigate the procurement and ongoing use of the TK, a plastic device that is clamped over the foreskin of a man’s penis for up to 10 days until the foreskin dies and falls off.

‘The TK is a dangerous device. It has specifically not been approved by the World Health Organisation because it failed in the only clinical trial conducted to test its safety,’ according to the TAC. It is also more expensive than use of forceps.

‘The TAC has been asking the KZN government to halt the use of the TK since we first learned of its use in early 2010. We have also asked the National Department of Health to intervene. Our efforts have been in vain and we have therefore been left with no choice except to lodge a complaint with the Public Protector,’ said the TAC, which is supported in its complaint by the South African Medical Association and the Southern African HIV Clinicians Society.

The TAC claims that the TK is unsafe and costs approximately R120 more per circumcision excluding the ‘additional costs due to the high rates of adverse events caused by the TK’.

The Sunday Times newspaper reported last year that the local supplier of the TK, Ibrahim Yusuf, had given Zulu King Goodwill Zwelithini a car worth R1 million.