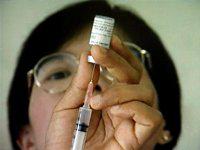 A vaccine candidate which showed that it can protect against HIV infection by up to 31% when tested in Thailand three years ago will be further tested in South Africa as soon as next year.

South Africa is the first country outside of Thailand to test the vaccine candidate that made worldwide headlines three years ago. Results of the RV144 Thai study gave hope that it is possible to find a vaccine to prevent HIV infection when it was found that the study vaccine had a 31% efficacy. Co-principal investigator for the HIV Vaccine Clinical Trials Network, Dr Glenda Gray, says the South African leg of the trial will be a Phase III clinical study, which will look into the efficacy of the vaccine in the South African population.

She says the vaccine would have to be modified to fit the circulating strain in South Africa. There are different circulating HIV strains in the world. The Thai vaccine was manufactured to fit strains E and B. In South Africa, the prevalent strain is C.

‘The first thing you need to do when you try to adapt a study to the local conditions is you change the gene inserts of the vaccine… There was a B and E insert. So, when you make a vaccine you want to match your gene inserts as closer to the epidemic happening in your country to maximise the effect’, says Dr Gray.

In parallel to the South African study, more trials are to be done in Thailand, specifically looking at men who sleep with men.

‘The idea in Thailand would be to test it primarily in men who have sex with men and the reason is that the Minister of Public Health in Thailand did an analysis and it looks like commercial sex workers, perhaps, but MSM, definitely, would be a cost-effective intervention, given the expected level of efficacy that we hope to have in that series of vaccine trials… roughly 50 percent’, says Colonel Jerome Kim, of the US military.

Kim says the initial Thai study whose results came out three years ago involved 16 000 people who were mainly heterosexual. The idea now is to use small populations who are at most at risk of HIV infection, such as homosexuals and commercial sex workers.

‘Right now what we’re doing in Thailand is do small studies designed to look much more intensively at the kind of immune responses that the vaccine induces because when you do a Phase Three trial with so many people you can’t collect enough information. So, now, we’re getting key and smaller populations and we hope to get information without having the cost and organisational difficulties associated with a trial of 16  000’, says Kim.

Having the RV144 HIV vaccine trial in South Africa is an exciting opportunity.

‘It will mean a lot because South Africa will be the first country in the world where we test this vaccine and if it is successful it will be the first country where we will license it. We have been doing stakeholder engagement with government to find out what should this vaccine cost. If it works, how do we scale up local production and how do we roll it out? Who is our target population? So, it’s exciting and frightening because there is a still lot of work to do. Obviously, we don’t plan for success – and now, for the first time, we’re actually planning for success’, says Dr Gray.

Tshwane is home to over 80 000 AIDS orphans, while 30 000 residents need antiretroviral therapy. This is according to a comprehensive survey conducted in the municipality. The report also suggests that the uptake of counseling and testing services is low – even in the midst of a massive HIV Counseling and Testing (HCT) campaign that government instituted in April.

The experience of giving birth to a child should be one of great joy and happiness. However, up to 30% of new mothers experience depression after the birth of their newborn. 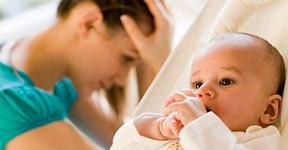 As the donor community retreats from funding AIDS programmes in developing nations, donor-aided countries are being forced to dig deeper into their own pockets to sustain care and treatment services for its citizens. South Africa is no exception.