Dr Aaron Motsoaledi rubs his forehead and repositions himself in his chair, leaning forward as if to make sure the point come across clearly: ‘I will say it upfront. There is no way National Health Insurance (NHI) will function anywhere if the public health system is not functioning well.’

The health minister has been on a long overdue mission to transform South Africa’s health system since he took office more than three years ago.

Speaking exclusively to Health-e News Service in Cape Town, Motsoaledi said he had two pre-conditions to NHI that he was not going to compromise on ‘ Overhauling the quality of care in the public health system and reigning in and regulating the pricing of health care in the private sector.

The minister says he has identified five areas they are already working on in the public sector.

The first is infrastructure with a number of projects in the pipeline including the revitalisation of nursing schools, more mother and child health facilities and the incorporation of breast milk banks and kangaroo care rooms in maternity facilities.

The next area in his sights is human resources: ‘There are people who wrongly believe we can do NHI without addressing our human resources challenges.

‘Nowhere in the world, not in the United Kingdom or Norway, did countries introduce NHI when everything was hunky dory, they introduced it when they were not well off. It was a political decision,’ he points out.

The minister aims to increase the current number of doctors trained in South Africa from 1 200 to 3 600, with the current medical schools already upping their intake by 160 this year. This was made possible by a R48-million grant from the health department.

Going for what he coins a ‘big bang’ approach Motsoaledi has also sent 1 000 matriculants to Cuba where they will be trained as doctors.

Cuba, which has a population of 11-million and excellent health outcomes, has 27 medical schools with doctors trained very specifically to deal with issues at primary health care (PHC) level, an approach that suits Motsoaledi’s focus on PHC or preventative medicine as part of the NHI rollout.

His third focus is the quality of health care in the public sector and legislation to enable this is at an advanced stage. The Office of Health Standards Compliance will see the establishment of units of inspectors to scrutinize all healthcare facilities, a health ombudsman office to handle complaints and the appointment of specially trained facility improvement teams to address and solve problems in hospitals and clinics.

Motsoaledi’s fourth emphasis is that he calls ‘the heartbeat of NHI’, the re-engineering of the PHC system.

‘Our healthcare system must be based on the prevention of disease and the promotion of health,’ he states.

The first phase, launching this month involves the deployment of retired nurses to schools falling in the 10 NHI pilot districts. The second phase will include ward based PHC teams led by professional nurses.

Children will have their eyes, ears and teeth tested and corrective measures taken where needed. Their immunisation schedules will be checked and corrected if not up to date.

Programmes focusing on drug and alcohol abuse will also be rolled out.

Acknowledging that it is a sensitive area, Motsoaledi said he was determined to address the booming teenage pregnancy incidence, coupled with the spike in illegal and legal termination of pregnancies.

HIV counseling and testing programmes will also form part of the schools intervention with condoms made available.

Already there are 30 custom made trucks ready to roll out to the schools with the number increasing to 90 in the near future.

Each vehicle is equipped with what the minister describes as ‘world-class’ equipment to test the pupil’s eyes, ears and teeth and take the corrective measures on the spot whether it be dispensing spectacles or filling cavities.

Motsoaledi was at pains to point out that these services will not interfere with the children’s school time and will move to outlying communities and farms while the children are writing exams or tests.

Motsoaledi’s ‘last dream’ and fifth focus involves the deployment of teams of specialists, including gynaecologists, paediatricians, family physicians, anaethetists, midwives, paediatric nurses and PHC nurses to the health districts. ‘I want to start in April and I want it as a permanent feature,’ he says determinedly.

Quizzed on the massive challenges in Gauteng, a visibly angry Motsoaledi repeated his assertion that healthcare had become ‘tendercare’ in the beleaguered province.

‘Go and check the books, these problems started six years ago when they started buying very expensive commodities that had nothing to do with basic healthcare. They spent their money buying unnecessary things and we want the Special Investigations Unit to find those who are guilty of fraud and arrest them,’ Motsoaledi said.

He used the example of Chris Hani Baragwanath Hospital where he revealed that the hospital had purchased UV lights (showing some success in TB infection control) to the tune of a staggering R72-million.

‘Who bought them? What was the motivation to buy these things that did not change the healthcare system for the better,’ Motsoaledi asks.

He added that these types of purchases have led to the province not having money for healthcare basics.

‘They stopped paying suppliers and continued to do so for three years, while these suppliers suffered silently. I personally begged some of them to please supply the services and they told me that there were not refusing to help, but were being liquidated because they had not been paid.
‘We are sitting around the clock to resolve this issue which has reached the point where services are collapsing,’ he added.

Motsoaledi confirmed that similar patterns have been playing themselves out in Limpopo and the Eastern Cape, but that the problems were exposed much sooner in Gauteng because of the huge central hospitals and other stakeholders. ‘It was exposed much faster,’ he said.

However Motsoaledi’s focus is not only on his own backyard, the Minister is determined to focus on the pricing of healthcare in the private sector.

‘There is broad acceptance that there is something wrong here. Recently a listener told me on a radio show that every time I speak about healthcare, I attack the private sector. I am not attacking private healthcare, but I am worried about the cost. Anyone who feels they are being attacked are being unfair,’ says Motsoaledi, slowly shaking his head.

Motsoaledi adds that it would not make sense to only regulate certain areas in the healthcare sector. We regulate the medical schemes, but there is not a single body regulating those who provide the healthcare.

The Minister said some were mistakenly blaming the medical aids, while they were collapsing under the strain of trying to pay for services.

‘In 2001 we had 180 medical schemes, we are now left with 95. They are simply collapsing under the weight of what is being charged. This proves that it is the law of the jungle and only the fittest will survive,’ adds Motsoaledi.

Motsoaledi often uses personal examples to illustrate the inconsistencies. This time it is a friend in Gauteng who wanted to send his child for a ‘procedure’.

‘The doctor wanted R21 000 and basically told him to take it or leave it. He tried elsewhere and was quoted R5 000 for the same procedure. How do you reason that out,’ he says, throwing his hands in the air.

‘It seems to me there is a serious imbalance if we only regulate the one side. And one has to ask if they are hiding something if they insist on fighting any investigation,’ says Motsoaledi.

However, the Minister is already looking at how he can involve the private sector, more specifically General Practitioners, in NHI.

Both the Minister and his Director General Precious Matsoso have shared plans on contracting these doctors to deliver services in areas where clinics are far away.

However, Motsoaledi insists that these doctors will be paid from the national budget, as he does not want the scenario where service providers are not paid.

‘I don’t want to hear that something did not happen or went wrong because people were not paid.’

Motsoaledi is a man on a mission, a mission to make sure that a patient’s ability to access good healthcare and be treated, does not depend on their ability to pay for it. He needs to succeed.

Medical device companies in Gauteng have made a desperate appeal to Performance Monitoring Minister Collins Chabane ‘to save us from the Gauteng health department’. 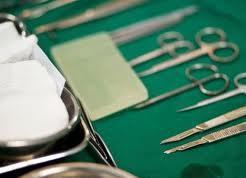 The South African Human Rights Commission (SAHRC) has heard that mental health is an overlooked priority. This was said at the Commission’s recent public hearings focusing on Millennium Development Goals (MDGs) and the realisation of economic and social rights in South Africa. 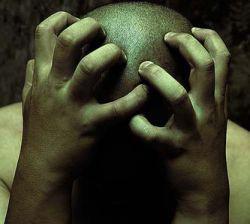 The Gauteng Health Department has warned protesting HIV counsellors and home-based care-givers that there will be consequences if they don’t return to work immediately. But it also admits it might not be able to pay them on time if they do.