The royal family and college donated a four-roomed house to Daniel Mukhoro (25) of Tshirolwe Extension 3 in Nzhelele, outside Makhado.

MEC for health and Social Development, Dr Norman Mabasa officially handed the house to Miriam Mukhoro who accepted the house on-behalf of her son, Daniel.

The two bedroomed house, with a kitchen, dinning room and bathroom was handed to the family on Tuesday morning.

Speaking on-behalf of the family, Miriam said she was thankful to God that she is no longer going to share a one-roomed shack with her family of three-children, two girls and one boy.

Miriam said they rely on Daniel’s social grant as there is no one who is working in the family.

Phineus    Muladi, the owner of Masana said: “We decided to help as another way of taking back to the family.”

Muladi said the family should look after the house and take a good care of it.

He also challenged Vhembe District Municipality to provide running water to the family. A 5000 litre rainwater tank that was also donated to them.

Mabasa applauded the Royal Family and Masana for their gesture.

He urged other businesses people to help in their areas.

* Ndivhuwo Musetha is an OurHealth Community Journalist reporting from the Vhembe health district in Limpopo.

A group of grannies from Cosmo City, a township north of Johannesburg, have taken up boxing as a means to keep fit and strong – claiming they feel “powerful and light” after training. 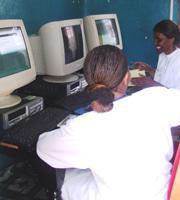 The recent corruption scandal at the South African Bureau of Standards, which resulted in huge numbers of condoms reaching the public without undergoing the necessary testing procedures, has helped fuel the already existing negative perception about the reliability of government condoms. 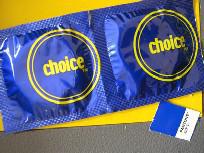