Home » No stop to HIV infections unless gender violence addressed 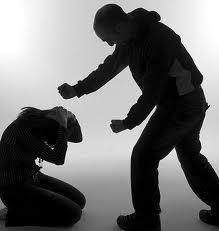 No stop to HIV infections unless gender violence addressed

A study led by Jewkes found that almost 40 percent of adolescents from the rural Eastern Cape had been sexually abused as children.

‘Dealing with this type of violence, is a normal feature of clinical case loads,’ said Jewkes, who stressed on several occasions that in her opinion the incidence of violence was hugely under represented in South Africa.

‘A very high percentage of HIV can be attributed to gender based violence,’ said Jewkes, expressing dismay over the fact that UNAIDS had relegated it to a ‘situational factor’ in the epidemic.

‘It flies in the face of everything we know,’ she added.

Jewkes said it was also time to talk about so-called ‘love seeking behavior’ as she believed many children who experience emotional abuse are at higher risk later.

‘We need to talk about the dangers they are willing to undertake as part of love seeking or the willingness to hold onto someone who is bad for them, as part of this love seeking behavior,’ she said.

Jewkes added that a high number of HIV cases could also be attributed to people who show signs of being psychologically distressed. This includes people suffering from chronic anxiety, depression, post-traumatic stress disorder and substance abuse problems.

In closing, Jewkes said the evidence showed that when thinking about the role of men it was time to work out how to change their masculinities as opposed to their behavior.

The conference continues until Wednesday.