Home » AIDS can lead to blindness 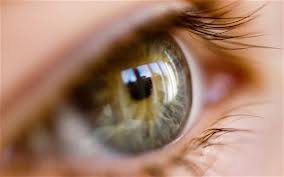 If undiagnosed and untreated for a long time, HIV infection can trigger off a dormant virus called cytomegalovirus (CMV), which can lead to blindness. Cytomegalovirus is the most common cause of blindness in people who have HIV.

AIDS can lead to blindness

Mpumi Mevana has been living with HIV for 12 years now, after having been diagnosed in November 1999. While living with the infection, she also became blind ‘ six years after her diagnosis. Mpumi became totally blind due to AIDS-related cytomegalovirus retinitis on the day on which she was supposed to be celebrating.

‘In 2006, on my birthday, June 16th, I became blind. And when I got blind they told me that I have CMV. I had never heard of that thing then. I lived with that, thinking that one day I will open my eyes and I’ll be able to see. But years went by, I could not see, I couldn’t change anything about my life. Instead, I got worse and worse. I became so worse to an extent that I had to start ARVs as soon as possible. When I started ARVs my immune system was very weak. My CD 4 count was 29 and my viral load was four million’, Mpumi recalls.

Dr Linda Visser, the academic head of the Department of Ophthalmology at the University of KwaZulu-Natal, has been treating eye conditions in HIV-positive people since 1999. She says cytomegalovirus retinitis affects the retina, the neural tissue of the eye. If the tissue is damaged, it cannot be re-generated. However, if the part of the retina that is responsible for vision is not affected, the condition can be treated.

Dr Visser says about 75% of HIV-infected people will experience some form of eye problem, while about 10% will go totally blind in one or both eyes. She says blindness in immune-compromised people, such as Mpumi whose system was battered by AIDS, is most commonly caused by a viral infection called cytomegalovirus, which normally thrives on a weakened immune system.

She says in HIV-infected people, the infection manifests when they’ve left their condition for too long without having it treated and their CD 4 counts have fallen to dangerous levels.

‘It’s usually when your CD 4 count is very low. Books would say less than 50 or less than 100. I stand here and tell you in the majority of cases, it’s less than 10 ‘ single digit CD 4s most commonly are presenting to me still today in this day and age’.

‘It is in the same family as herpes virus. It tends to go into cells and then it sort of becomes dormant there. But most people have a minor infection when they are a child. They get a flu-like syndrome. They don’t know anything and then, this virus becomes dormant and it only then comes out again when your immune system is very low. In Africa, in particular, most people if you draw blood from them and test them for CMV, they will have antibodies to CMV, which means they have had CMV infection sometime in their past’, Dr Visser explains.

She estimates that she has treated about 1 000 AIDS patients with cytomegalovirus retinitis in the Durban hospitals of Nkosi Albert Luthuli, St Aidan’s and Addington alone, since 1999. It is not known how many people have acquired this condition country-wide. But observational evidence suggests that the number of HIV-positive people going blind because of it is growing.

‘We saw a rise in the demand of certain services’¦ a rise in the demand of guide dogs – and that has never been the case’¦ a rise in the demand of independent living skills by adults, demand in Braille and speaking computer literacy and mobility. There were no resources that were matching the demand. So, we started to say: ‘Why is the number of blind people increasing at the rate that it did and, also, why are we having an increased demand for some of these services’? We realised that, actually, a lot of HIV-positive South Africans are losing their sight, but also a lot of those that have not tested are actually testing after they’ve lost their sight. So, we started picking up that the epidemic and the blindness are, to an extent, becoming twin sisters’, according to Hendrietta Zulu, the deputy minister in the Department of Women Children and People with Disabilities.

Bogopane-Zulu, who lives with a visual impairment herself, has been at the forefront of creating awareness about the risk of blindness among HIV-positive people and she says the majority of South Africans often give puzzled responses when told that they can get blindness from HIV infection.

Mpumi Mevana is an example of how you can go blind due to AIDS. She says she lives to ‘voice out, encourage and to uplift’. She urges fellow South Africans to test for HIV early on and regularly.

‘I want to encourage you to go get tested early so that you do not become blind’, she says.