MSF step in to handle ARV crisis in Eastern Cape

More than 50 000 HIV positive patients in the Eastern Cape as at risk of antiretroviral (ARV) treatment interruption due to ongoing drug supply shortages.

Patients interrupting their ARV treatment run the risk of developing drug resistance and in some cases the outcome is fatal.

Resistance also often means patients have to be placed on second line regimens that are much more expensive.

MÃ©decins Sans FrontiÃ¨res (MSF) sent an emergency team to Mthatha on Friday to provide assistance at the medical depot.

Recent strike action, combined with irregularities that led to the subsequent suspension of 75% of the medical supply depot workforce has led to an interruption of ARVs getting to clinics.

The Mthatha depot, which provides ARVs and other essential medicines to about 30 hospitals and about 350 clinics in the Eastern Cape’s rural eastern region, has not been supplying life saving drugs for weeks. Problems at the depot have led to a significant backlog in receiving drugs from suppliers, capturing orders from facilities, packing and delivering drug orders which enable many of the province’s nearly 220,000 HIV patients on antiretroviral therapy (ART) to adhere to their treatment.

The MSF-led team, has started to map out the scope of the supply crisis, fill critical staffing gaps and plan an urgent response to ensure HIV patients get the drugs they require.

Meanwhile, the National and Eastern Cape Departments of Health are working on an emergency plan as well as longer-term solutions to the critical staff and drug supply problems, the statement said.

MSF and the TAC have made an urgent call to HIV patients and healthcare workers in the Eastern Cape to alert the emergency team about ARV stock-outs at their local clinics and hospitals.

Callers can remain anonymous and information will be handled confidentially.

The team needs the following information:

More than 250 members of the Treatment Action Campaign (TAC) marched to the Nelspruit offices of the Mpumalanga MEC for Health and Social Development to hand over a memorandum listing health issues that needed to be addressed urgently.

The Treatment Action Campaign (TAC) says it’s ready to litigate against the Gauteng Health Department should it not clear its outstanding debt to suppliers by the end of this week. The TAC adds that the closure of health laboratories in Gauteng and KwaZulu-Natal has severely impacted on people who are HIV-positive and those with TB. 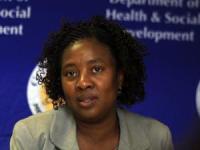