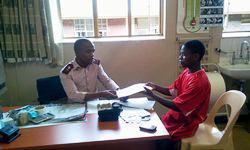 Umgungundlovu – The Medical Male Circumcision campaign launched in December 2009 by His Majesty King Zwelithini took an impressive turn few months ago when Imbalenhle Clinic embarked on a campaign to educate, inform and perform circumcisions in partnership with local counselors, traditional organisers, school principals and the community at large.

Male circumcision takes off in Pmb

The campaign is aimed at educating the community, especially young men, about the importance of male circumcision says Community Organizer Thokozani Ndlovu, who is responsible for the organising, educating and transporting of school children to the course.

Principal Nurse Mandisa Majozi, one of the nurses who performs circumcisions says: ‘We’ve seen a growing number of young males who comes in for the course.’

A young man will first come for HIV pre test counseling,testing, then the actual circumcision where a Tara Clamp device is used, medication is issued and the man will come back after six days for the removal of the clamp. From then onwards, a traditional organiser will take over in giving the client ongoing education and support on healthy lifestyle and mentoring.

It takes at least six weeks for the man to become sexually active and condom usage is strongly advised.

Bongumusa Ndlovu, an 18-year-old student at Bongudumo High School who came for the removal of the clamp said: ‘It’s a bit painful but I’m excited. I’m a real man now.’

Thandiwe Mazanqinqi-Zamisa is an OurHealth Citizen Journalist reporting from the Umgungundlovu health district in KwaZulu-Natal.