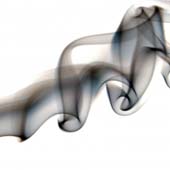 Even smoking just one cigarette a day increases a woman’s risk of sudden cardiac death, according to a new study in the journal Circulation: Arrhythmia & Electrophysiology.

Sudden cardiac arrest can occur when abnormal heart rhythms, or arrhythmias, cause the heart to stop pumping blood to the body.

“In our study we found small-to-moderate quantities, one to 14 cigarettes per day, were associated with almost a twofold higher risk of sudden cardiac death compared to women who never smoked,” the lead researcher, Dr Roopinder Sandhu from the University of Alberta in Canada said in a HealthDay News report.

The researchers looked at data from more than 100 000 women that were collected through the Nurses’ Health Study that has been ongoing since 1976. Sandhu looked at records dating back to 1980.

At the start of the study, 29 percent of women smoked, more than 26 percent had quit and more than 44 percent never smoked.

According to Sandhu the increased risk can be linked to the effects of nicotine, which may lead to abnormal heart rhythms and other problems.

They also found that the risk of sudden cardiac death decreased after the women quit smoking.

“This new study demonstrates that even low-level use of cigarettes, in the range of one to 14 cigarettes a day, is associated with a substantial increase in risk of sudden cardiac death in women,” Fonarow said. “Even occasional cigarette smoking in social circumstances may unnecessarily increase women’s risk of sudden unexpected death.”