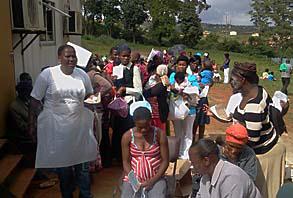 Lusikisiki. ‘ There is no running water, electricity or even ablution facilities at the ‘new’ Village Clinic in this rural town in the Eastern Cape. 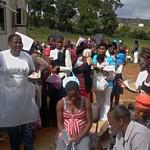 The original clinic was closed down at the end of October last year because of outstanding rent debt owed by the Department of Health (DoH). During a meeting between stakeholders in November, a site for the ‘new’ clinic was identified and health services were supposed to commence by 3 December. But an investigation by OurHealth published on 5 December showed just an overgrown piece of land where the new clinic was supposed to be.

According to sources at the village, a single goods container – often used as make-shift clinics – was delivered at the site at the end of December, and health services commenced a couple of days later.

Apart from the empty 12m-long container, no other facilities (such as water, electricity or ablution) have been put in place at the new site, and even the road to the clinic is not up to standard. Without electricity, medicines that need refrigeration cannot be kept at the site and only very basic services are currently available at the clinic.

Patients are queuing outside in the sun and rain and some of the health care services are being performed under the trees.

Both the clinic staff and patients are disgruntled by the conditions at the new facilities. ‘Nobody cares about what happens to us,’ said one of the nursing staff.

Despite various requests for information, the district health manager has not commented on the situation at the new site for Village Clinic.

Mtshana Mvlisi in an OurHealth Citizen Journalist reporting from Lusikisiki in the OR Tambo health district in the Eastern Cape.