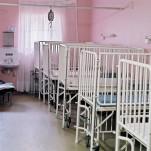 Africa Health Placements (AHP) conducted interviews with local and foreign-qualified doctors to determine what factors attracted them to South Africa and what factors could potentially push them away from working in the public sector, to examine their thoughts on management, team work and perceptions in public healthcare facilities in South Africa, as well as their experiences both in and outside the hospital.

Some of the main issues raised:

Foreign-qualified doctors said that it was quite difficult to cope with the high rate of HIV and TB as they do not see it as much in their home countries. Doctors said that they have more responsibilities and the clinical work is more diverse due to staff shortages. The lack of education on health issues was also highlighted ‘ a UK doctor said that patients in his home country are more informed about their conditions because they do their own research on the internet. In South Africa he has to do a lot more education. The high number of trauma cases in comparison to other countries was highlighted. Language barriers were also stressed as a major challenge.

Doctors were generally very positive about South Africa. They have the opportunity to travel and explore the country and felt that people were friendly. The general red tape and bureaucracy were mentioned as challenges.