Home » The failure of cancer medicine? 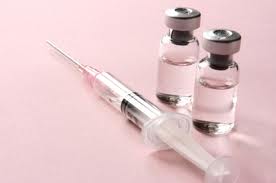 The Lancet: Feb 4 was World Cancer Day, an opportunity to critically consider progress against cancer. Is it fair to say that the cancer medical community has failed patients living with cancer? This is a harsh statement, but according to respected oncologist, Franco Cavalli, whose Comment leads a discussion about cancer in today’s Lancet: “Current strategies to control cancer are demonstrably not working.”

We publish four Comments related to World Cancer Day and a Seminar on acute myeloid leukaemia in adults. Cavalli indeed gives a blunt description of the challenge we face from cancer and he appeals to world leaders and policy makers for more effective action against cancer to incorporate the Stop Cancer Now appeal, which emphasises the UN goal of reducing premature deaths from non-communicable diseases by 25% by 2025.

In October, 2012, cancer researchers, clinicians, policy makers, industry representatives, patient advocates, and journalists from several titles, including The Lancet, met in Lugano, Switzerland, at the World Oncology Forum. Their ten-point message can be paraphrased as doing what we know how to do better in terms of prevention, treatment, and care; and learning what we do not yet know more efficiently through new models of research focused on patient benefit. Central mechanisms for achieving these changes include having a clear cancer strategy for each country, universal health coverage to deliver higher quality cancer care, and to wage war on tobacco.

World Cancer Day, 2013, set out to debunk many myths about cancer. One of those myths is that cancer is solely a health issue. The Comment by Ara Darzi and colleagues debunks that myth well by presenting some socioeconomic aspects of cancer and how these relate to sustainable development. Their message is a reminder of the increasing challenge of cancer in developing countries. Felicia Knaul, Rifat Atun, Paul Farmer, and Julio Frenk elaborate on the cancer divide in their online Comment, describing how low-income and middle-income countries have only 5% of the finance to deal with 80% of the burden of cancer.

The size of the shadow cast by cancer is enormous, as shown in The Lancet’s special issue on the Global Burden of Disease Study 2010 published last December. This collaboration revealed the true and surprising extent of the rapid transitions the world is seeing-demographic, disease, disability, and risk. A key finding is the epidemic nature of non-communicable disease and its attendant risk factors. Cancer is a high priority within this broad agenda. Worldwide cancer diagnoses and deaths are increasing. 8 million people died from cancer in 2010, a 38% increase compared with 1990. Cancer diagnoses are estimated to double by 2030.

Global problems have local contexts. Therefore, it was disappointing to read research by Lindsay Forbes and colleagues that a third of people in the UK aged 50 years or older would be reluctant to present symptoms that they recognise as being suggestive of cancer to their general practitioner, because of worry about wasting doctor’s time. The study of differences in cancer awareness and beliefs is part of the International Cancer Benchmarking Partnership. The Partnership seeks to improve cancer care by better understanding differences in performance between Australia, Canada, Denmark, Norway, Sweden, and the UK-countries with similar wealth, access to care, and register quality-but dissimilar outcomes. Early results, published in The Lancet in 2011, showed that survival for colorectal, lung, breast, and ovarian cancer was lower in the UK, particularly in the first year after diagnosis. Examples like this one show that even among people with similar demographics, understanding
of cancer, and attitudes towards cancer, perceived barriers can be as important as actual barriers to care. To promote earlier and more effective engagement of patients with cancer care will require a cultural shift by health professionals, political leaders, and citizens alike, to encourage access.

So let us return to the question we began with-has cancer medicine failed patients? In the words of cancer experts, the answer is yes. But the cancer community, together with other essential parts of the health care system (eg, primary care), recognise the deficiencies of the past. They are determined to write not a new war plan but a new future for patients at risk of-or living with-cancer. 2013 must be a watershed year for cancer.