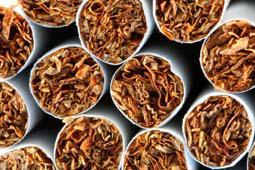 The number of smokers in sub-Saharan Africa will double over the next 12 to 13 years unless anti-smoking policies are adopted.

This is according to a recent article published in Polity that reviewed various studies into smoking trends and challenges on the continent.

According to the report, South Africa, along with Mauritius and the Seychelles are model countries on the continent in terms of implementing smoke-free policies, while countries like Nigeria and Senegal still face serious challenges in terms of tobacco control.

The report, by Consultancy Africa Intelligence, identified severalchallenges faced by the tobacco control community in Africa.

Interference by the tobacco industry was identified as one of the biggest drivers behind the uptake of smoking on the continent, with reports of Big Tobacco influencing policy makers and the media in various countries. ‘In Senegal the industry has the support of the media which is in favour of tobacco advertising. In Nigeria, British American Tobacco (BAT) runs an annual competition for journalists covering the company, and has also hosted lavish meetings for media executives and journalists, who received gifts to attend,’ reads the report by Patrick Ngassa Piotie. ‘In Zambia, BAT used its close relationship with a government minister to shape the country’s smoke-free laws and dilute proposals for smoke-free legislation.’

A lack of political will and civil society involvement, coupled with insufficient financial and human resources further impedes any effort to control the use of tobacco in many countries.

‘Another challenge is conflicting priorities on a continent where the HIV/AIDS pandemic usually attracts all the available resources. Similar to lack of funds, there is the issue of corruption of enforcement officers or inspectors,’ reads Piotie’s report.

He also highlights a lack of awareness among the public on the dangers of exposure to tobacco smoke and the existence of laws which ensure their protection, or can be misinformed by the tobacco industry through manipulation of the media.

‘There is a crucial need for efficient implementation strategies, along with proper monitoring and surveillance systems on the one hand; and on the other, a need for scientific research in order to evaluate the effectiveness of smoke-free policies in Africa,’ Piotie concluded.