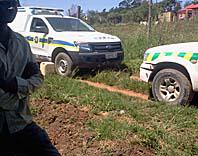 LUSIKISIKI. ‘ Residents from Mevana district in the Eastern Cape were stunned by the level of service they received from the emergency services in the area. This community, who is used to long queues, medicine stock outs and generally poor health services was pleasantly surprised when the emergency services arrived within minutes after they logged a call. 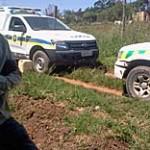 Earlier this week a Mevana family woke to find one their family members laying motionless on the floor. ‘We didn’t know how to check if he was alive or not, and we didn’t know what to do, so we phoned them [the emergency services],’ said one of the family members.

‘We are used to the Department of Health being slow to respond, or not responding at all, so everyone was very surprised when the ambulance arrived so soon. And it was another surprise when the police arrived soon after that.’

The emergency services determined that the man had died from an electric shock when he tried to fix faulty electric cables in the house.

Next to arrive was the forensic services who investigated the scene and removed the body.

Despite the sadness of the situation, the family expressed their surprise and gratitude about the rapid service by the emergency services.