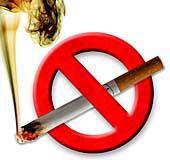 New Zealand plans to follow Australia’s lead and remove all branding, including logos and colours, from tobacco products. However, authorities will wait until a challenge to Australia’s plain packaging law is resolved before implementing theirs.

Under the new law, logos on tobacco products will be replaced with graphic warnings.

The New Zealand government wants to minimise its legal exposure by waiting until the outcome of the Australian challenge, said Turia.

Many countries mandate that packages display photos or text describing smoking’s health effects, and some limit the size of the branding or ban certain slogans, but Australia’s dual approach is the strictest globally.

New Zealand has set itself a target of eliminating smoking altogether by 2025. Turia said the government would consider introducing further measures, such as banning smoking in cars and public places and further hiking taxes.