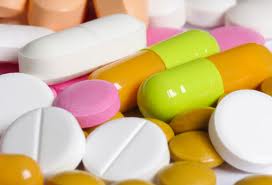 The much anticipated pill-a-day HIV prevention tool has been dealt a huge blow after a large scale study ‘ mostly conducted in South Africa ‘ found that most women did not adhere and take the one antiretroviral (ARV) drug daily.

Widely know as the VOICE (Vaginal and Oral Interventions to Control the Epidemic) trial, it tested whether ARV pills tenofovir, Truvada (a combination of tenofovir and emtricitabine or a tenofovir gel (a vaginal microbicide) are safe and effective in preventing the sexual transmission of HIV.

The 5 029 women were given one of these prevention methods, depending on which study arm they were in.

One of the lead investigators Dr Jeanne Marrazzo of the University of Washington in Seattle, confirmed yesterday that their results showed that daily use of the pills or microbicide was neither effective nor acceptable to the more than 5 000 women.

The unmarried, under-25 year-old women were found to the least likely to adhere with the HIV incidence remaining very high, especially in areas of high prevalence such as KwaZulu-Natal in South Africa.

‘Adherence was a critical determinant of effectiveness and we knew poor adherence would affect the study results,’ said Marrazzo.

Marrazzo and her co-investigator Dr Mike Chirenje of the University of Zimbabwe were due to present their results at the 20th Conference on Retroviruses and Opportunistic Infections (CROI) in Atlanta yesterday (SUBS: MONDAY).

Marrazzo added that although the results were disappointing, VOICE had in fact provided a clear answer ‘ that daily use of the product, whether a vaginal gel or oral tablet ‘ was not the right HIV prevention approach for African women like those in the study, who were predominantly young, unmarried and known to be at high risk of HIV.

She also said the high HIV incidence rate among the South African trial participants  – 7 percent, compared to 0.8% in Zimbabwe and 2.1% in Uganda ‘ could be ascribed to the fact that they had managed to enroll women who were at high risk. HIV incidence reflected the number of women who became newly infected for every 100 participants in a given year. It was nearly 10% at some South African trial sites.

Truvada has been found to be effective in other trials in other populations, and was subsequently approved by the US Food and Drug Administration for HIV prevention.

In July 2010, the CAPRISA 004 study in South Africa found tenofovir gel was safe and reduced the risk of HIV by 39 percent among women who used it before and after sex, but the study was relatively small and further study was required.

In VOICE the women used the gel once-a-day, but not necessarily when there was sexual intercourse.

Marrazzo said results from the two qualitative behavioral studies, VOICE C and VOICE D would help to clarify why women did or did not use the products. VOICE C aims to identify community-based factors and beliefs that may have influenced women’s ability and willingness to follow the daily regimens tested in VOICE.

VOICE D hopes to understand individual behaviours, beliefs and attitudes about HIV risk that may have had an impact on women’s adherence to product use during VOICE. Results are expected to start coming in by the end of this year.

The next prevention hope for young, vulnerable women now lies with the two ongoing trials ‘ ASPIRE and The Ring Study ‘ evaluating a vaginal ring containing the ARV dapivirine that woman use for a month at a time. – Health-e News Service

A week after workers at the Monapo Hospital in Phuthaditjhaba, in Qwa Qwa in the Free State began their strike, healthworkers at other hospitals are joining the action – in a crisis that is set to bring the healthcare sector in the province to its knees.

If Limpopo Health MEC Dr Phophi Ramathuba gets her way and Treasury grants the funds for her proposal, a new academic hospital will be built for the province.