Home » Picking up the Pieces 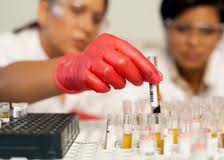 Health-e’s latest documentary, “Picking up the Pieces” will be aired tonight (Tues) on 3rd Degree (e-TV) at 9.30pm. See the nurses in action dealing particularly with the huge rise in child rape cases, and find out how this specialisation is dying because it does not get proper recognition from the health authorities.

Picking up the Pieces 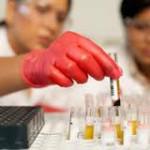 Despite victims of violence, rape and sexual assault flooding our health system, more often than not, they are at the mercy of inexperienced doctors working in busy, under-staffed casualty wards. Untrained to deal with the acute vulnerability that comes with such injury and attack, they compound the horror of the ordeal for many survivors of rape.

In the aftermath of a sexual assault, these patients require specialised care for a range of health-related concerns, such as pregnancy, possible HIV or other sexually- transmitted infections, as well as depression and post-traumatic stress disorder. If a charge has been laid, then a careful examination of the victim must also be done to document and collect any trace evidence or DNA from his/her body or clothing, which will later be presented in court.

These are the roles of a Forensic Nurse, roles that are vital, not only for the treatment and protection of the patient, but also for the successful conviction of perpetrators.

This documentary tells the story of Forensic Nurses working in the Thuthuzela Centres of the Northern Cape. Through them, the sobering reality of rape hits home and we come to realize the crucial function these dedicated professionals provide in the whole medico-legal system. Statistics have shown that, in districts where a Forensic Nurse is in place, the reporting of sex crimes is markedly higher than in areas without one. So too are the arrest and conviction rates of rapists and sex offenders.

So, without any prospect for professional advancement or better wages, most experienced Forensic Nurses are leaving in search of greener pastures, and no one is filling their place. New nursing recruits are daunted by the medico-legal aspects of the job, rather choosing to apply for less demanding positions where the salary is, at least, commensurate with the work.