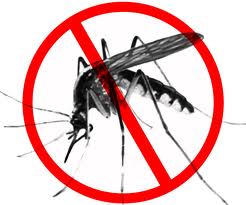 MEDIA RELEASE: This is why the World Health Organization (WHO) has launched its ‘Invest in the future. Defeat malaria’ campaign, says Dr Pete Vincent of Netcare Travel Clinics and Medicross Family Medical and Dental Centres. Read more here.

The Global Fund to fight AIDS, Tuberculosis and Malaria has issued a call for a new round of proposals for grant funding.

Each year over 300 million people fall ill and about one million people worldwide die of malaria, a disease that is preventable. The disease affects populations in more than 90 countries, many of them in Africa. Professor Richard Feachem, Executive Director of the Global Fund to Fight AIDS, TB and Malaria says South Africa and Tanzania will benefit from the malaria eradication programmes under Global Fund that will hopefully prevent the spread of malaria in both countries.

Rural health can get rough. Making the cut as a doctor may be equal parts experience, ingenuity – and knowing when to call a friend when you’re out there on your own.