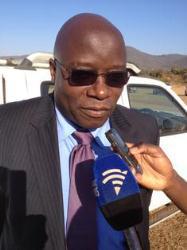 THOHOYANDOU. – The Department of Health and Social Development in Limpopo is urging everyone who was turned away from clinics and hospitals in the region because of medicine stock outs to go back and get assistance.

No immunisation at Limpopo clinics, hospitals

Nhlanhla Gumede, spokesperson for the Department said that logistical problems caused shortages of medication, especially immunisation medicine, in some of the clinics and hospitals in the province.

There was a public outcry in Limpopo after many parents were turned away from clinics and hospitals without getting immunisation for their children.

Some said they have been turned away for the third by the nurses who told them that there were no medications in the health facilities.

In an SABC report, the MEC for Health and Social Development in Limpopo, Dr Norman Mabasa said that a lack of funds was responsible from the medicine stock outs why there. Mabasa blamed the National Department of Health for the shortage of medication.

In the same report a visibly irritated Minister of Health, Dr Aaron Motsoaledi, disputed Mabasa’s excuse and said there was enough funding to procure medication in Limpopo.

But Gumede conceded that it was ‘our logistical problems that caused shortage of medications in hospitals and clinic.   In fact, it was not medications that were lacking in clinics and hospitals, but immunisations,’ he said.

‘We regret that this problem occurred and we understand that it was not a good thing, especially to the parents who were turned away.

‘But we can assure our people that immunisation medicines are available in our facilities as deliveries resumed,’ said Gumede.

‘We have rectified the situation. We had a distribution problem from our warehouse to our clinics and hospital. But the problem has been solved and we also set up measures to make sure that this situation does not repeat itself.

Meanwhile, a source from the department (who wants to remain anonymous) also said that shortterm agreements with delivery companies was responsible for the ‘logistical problem’. OurHealth/Health-e News Service