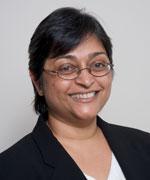 MEDIA RELEASE: Professor Quarraisha Abdool Karim, Associate Scientific Director of CAPRISA (Centre for the AIDS Programme of Research in South Africa) is being bestowed with the Order of Mapungubwe: Bronze by the South African State President on Freedom Day (27 April 2013) in recognition of her ‘outstanding work in the field of HIV/AIDS and tuberculosis research and health policy development.’ The Order of Mapungubwe is South Africa’s highest honour.

According to the Chancellor of Orders’ citation, Professor Abdool Karim ‘is pushing the boundaries of scientific excellence in her quest to curb the scourge of HIV/Aids, particularly in young women in Africa.   She has been devoted to stemming the global AIDS epidemic for more than two decades; culminating in her recent scientific discovery that Tenofovir gel prevents HIV infection and genital herpes in women’¦ the world’s first HIV protection technology for women’.

Professor Abdool Karim, Associate Professor of Epidemiology at Columbia University in New York and Adjunct Professor of Public Health at the Nelson R Mandela School of Medicine of the University of KwaZulu-Natal, commented ‘I am honoured and humbled to receive this recognition. It has been a singular privilege to work with such dedicated community members and such a fine team of scientists, colleagues and partners in South Africa. Much more remains to be done, as the AIDS epidemic continues to spread in South Africa, particularly among vulnerable young women.’

Minister of Science and Technology, Derek Hanekom commented that ‘While her influence on South African science and her impact on the country’s AIDS response have been profound, it is her passion and deep commitment to human rights, equity and access to health care that have been the true mark of her character.’ He said that Professor Abdool Karim ‘ranks among the world’s top AIDS researchers, for which she also recently received the ‘DST Women in Science’ Award,’ and paid tribute to her  as ‘a remarkable and exemplary role model for future generations of South African scientists.’

Minister of Health Aaron Motsoaledi congratulated Professor Abdool Karim, emphasizing that ‘Her contributions to fighting the AIDS epidemic in South Africa have been immense. This award is an inspiring tribute to her outstanding achievements in AIDS research, policy and advocacy in South Africa and globally.’

Section27, highlighted her research that has ‘contributed immeasurably to our understanding of HIV, AIDS and TB and has saved and improved the lives of many thousands. Prof Abdool Karim has served on the Board of Directors of SECTION27 and previously the AIDS Law Project since 2006, and has been a constant source of guidance and expertise throughout our work to realise the right of access to health care services in South Africa.

Professor Abdool Karim is an infectious diseases epidemiologist who undertook some of the first community based studies of HIV infection in Africa.   She has spent more than twenty years unraveling the reasons for the high incidence of HIV in young women and developing new approaches and technologies to empower women to protect themselves against HIV. Her research on tuberculosis and HIV infection has had a direct impact on the way this co-infection is treated internationally. She has served as an advisor to WHO, UNAIDS, UNDP, UNICEF, and numerous other international organisations on AIDS policy matters. She served as the first National Director of the South African National AIDS Programme established by the Mandela government in 1994.

She has received several major local and international awards, including the 2011 ‘President’s Award for Outstanding Achievement in World Health’ from the international Drug Information Association (DIA), the 2012 ‘TWAS Prize in Medical Sciences’ from The Academy of Sciences for the Developing World (TWAS) and the ‘Olusegun Obasanjo Prize for Scientific Discovery and Technological Innovation’ from the African Academy of Sciences.

About the Order of Mapungubwe:   This Order is awarded to South African citizens for excellence and exceptional achievements that have impacted internationally and have served South Africa’s interests. It is named after Mapungubwe, an ancient African nation which existed a thousand years ago in what is now the northern part of South Africa. Since it was instituted in 2002 until this year, there have been 29 recipients. The first recipient was President Nelson R. Mandela who was bestowed the Order of Mapungubwe: Platinum.