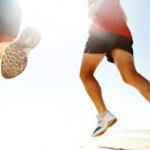 Renowned University of Cape Town scientist Professor Vicki Lambert led the research, which was collated, from a number of sources including the South African Demographic Health Survey, National Household Travel Survey, Stats SA and sources with details on available facilities such as sports clubs and parks.

Head of Vitality Dr Craig Nossel said the Index essentially rewarded Cape Town for creating potential for the citizenry to be active.

He added that the investments in infrastructure that encouraged physical activity were fairly recent while the data looking at personal health was fairly dated and that the next round of research would likely show the benefits of having an active citizenry in Cape Town.

“There is a hope that if you build it, they will come. Cape Town is a city that is ready for you to be active, you just need to embrace it,” said Lambert.

Lambert agreed that the equitable distribution of facilities and green space in the city was also an important consideration, adding that they were hoping to improve the facilities audit in the next round although there was proof that Cape Town was creating such facilities in areas such as Mitchells Plain and planning more.

Non-communicable diseases such as diabetes, asthma, cancer and high-blood pressure account for more than a third of all deaths in South Africa with more than 80 per cent of adolescents not meeting physical activity recommendations.