Home » Who is to blame for flourishing illegal cigarette trade? 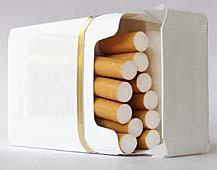 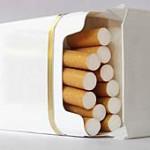 OPINION: Illegal cigarettes often make headlines in South Africa – a cigarette stash is either seized at the border or is being destroyed, or another smuggler is appearing in court.

Unlike illicit drugs, you don’t need to meet a dodgy dealer in a dark alley to get your hands on illegal cigarettes – you’ll probably find a bootleg pack from a street vendor or corner café within a five-kilometre radius of your home. Last week the Sunday Times reported buying illegal cigarettes from a Boksburg Spar – a large, respected supermarket.

Illegal cigarettes aren’t “rip offs” of brand-name products – like you’ll find in the fashion industry and other places. Contraband cigarettes are often “real” products smuggled into the country without being declared at customs, therefore avoiding the 52 percent excise tax.

Experts say that approximately 55 percent of illegal cigarettes in South Africa originate from Zimbabwe, between 30 and 35 percent is manufactured locally and the rest originates from Middle Eastern countries.

A 2010 article by Evan Blecher from the American Cancer Society, published in the journal Trends in Organized Crime claimed that in 2007 the illicit market occupied between seven and 11.2 percent of the South African market. However, the tobacco industry cites numbers triple that. Francois van der Merwe, CEO of the Tobacco Institute of South Africa (Tisa) – a lobby group for the tobacco industry – believes that up to a third of the market goes toward the illegal trade.

But the National Council Against Smoking (NCAS) disagrees with Tisa’s estimations. “I have no doubt that the illicit trade in cigarettes has increased over the last decade, but 30 percent is a gross overestimation,” said Dr Yussuf Saloojee, executive director of NCAS.

So why the large difference in estimations, and why the fuss?

The tobacco industry often blames high taxes for the growth in illegal trade as cash-strapped smokers turn to the black market for cheaper cigarettes. Legal cigarettes cost between R18 and R30 for a pack of 20 while illicit cigarettes is sold for anything from R8 to R10.

Saloojee argues that the tobacco industry inflates their estimations of the illicit trade to prevent government from raising the excise tax on tobacco products, thereby keeping prices “low”, and more people carry on smoking.

Ironically, the major increase in cigarette prices since 1997 is actually thanks to the tobacco industry rather than government. Before 1997 the excise tax on tobacco was 21 percent, until Trevor Manual, Finance Minister at the time, raised it to a more respectable 50 percent. It stayed there for seven years until he pushed it up slightly to 52 percent in 2004 where it has stayed for nearly a decade. (The World Health Organisation recommends excise tax of at least 70 percent).

With every budget since 2004, treasury officials simply look at the recommended retail price of cigarettes and calculate by how much the tax has to change to keep the rate at 52 percent.

“Between 1997 and 2008 the price of a packet of cigarettes increased by about 400 percent – this massive price hike was industry driven,” says Saloojee. “If it was genuinely concerned that high prices lead to smuggling, the tobacco industry had the power to control price rises.”

In 2000, British American Tobacco (BAT) was accused of benefitting from smuggling. In an expose by The Guardian in the UK, journalists reviewed once secret internal industry documents and found that BAT had “for decades secretly encouraged tax evasion and cigarette smuggling in a global effort to secure market share and lure generations of new smokers”.

Saloojee maintains that other leading manufacturers are also guilty. Philip Morris International (suppliers of brands like Marlboro and Chesterfield) and Japan Tobacco International (who manufactures brand like Camel and Winston) have paid more than a billion dollars in settlement of cigarette smuggling lawsuits.

“Cigarette manufacturers are not innocent victims, but beneficiaries of smuggling,” said Saloojee.

That said, tobacco companies are also involved in some efforts that appear to try and curb illegal trade through marketing efforts, tip-off lines, and tracking and tracing of products.

The South African Revenue Service (SARS) has identified the illegal cigarette trade as a priority crime and has dedicated resources to combat it.  SARS reports that in the 2012/2013 fiscal year, 2 580 seizures yielded 138 million contraband cigarettes worth R63,4 million.

Criminal activities linked to cigarette smuggling goes deeper than mere tax evasion – world wide the illegal trade in cigarettes has been linked to organised crime such as the drug trade, human trafficking and illegal weapons trade, says Van der Merwe. The illicit tobacco trade has even been linked to terrorism in places such as Ireland and North Africa.

Illegal manufacturers do not adhere to government regulation and therefore there is no accountability in terms of quality control.

In January this year the Minister of Health, Dr Aaron Motsoaledi signed the World Health Organisation’s Framework Convention of Tobacco Control (FCTC) Protocol to Eliminate Illicit Trade in Tobacco Products in which he commits to adopting more effective measures to regulate the supply chain of illicit tobacco products.

“Illicit trade cannot be dealt with by one department or one country in isolation or even one public sector. It has to be a regional effort between the public and private sectors,” says Van der Merwe.

Saloojee agrees that South African authorities would have to work with other countries, especially Zimbabwe, to combat illicit trade. Furthermore, industry and governments have to work together to put better tracking and tracing of programmes in place to track supply chains of illegal cigarettes, and harsher punishment is needed for smugglers. – Health-e News