Thousands of people living with HIV in the Eastern Cape are in catastrophic danger of developing fatal drug resistance due to ongoing interruptions in their antiretroviral (ARV) drug supplies, with activists calling on the national health minster to intervene.

The grave warning was released yesterday  in an updated report compiled by a number of activist organisations that are working on the ground in the province.

Five months ago the Rural Health Advocacy Project, Doctors without Borders (MSF), the Treatment Action Campaign (TAC) and SECTION27 released a report detailing the crisis at the Mthatha medical depot, which was unable to cope with ARV orders from clinics and hospitals. It now appears as if the dire situation is unchanged.

Releasing the updated report hours before the start of the 6th South African AIDS conference in Durban yesterday (TUES), the group called for urgent action from the national and Eastern Cape health departments. More than 100 000 people, on ARVs or TB treatment, depend on 300 facilities served by this depot.

Almost half (40%) of the 70 facilities surveyed during May this year had experienced HIV or TB drug stock outs.

A quarter (24%) of the affected facilities’ medical staff was forced to send patients home without any treatment. These stock outs would last on average 45 days.

The report said the crisis has been particularly acute and began around October last year. The Eastern Cape health department has been accused of suspending 29 depot staff with no plan to provide services in their absence, contributing significantly to the crisis.

The latest report reveals that the depot still does not have a fulltime manager and is operating with half the usual number of packing staff.

“The Eastern Cape health department is unable or unwilling to address the problems despite knowing of them for several years and despite the assistance that has been offered by civil society. We encourage the national Minister of Health to use his powers in terms of Section 100 of the Constitution to intervene on an emergency basis to provide health services in line with national standards,” says John Stephens of SECTION27.

Vuyiseka Dubula of the TAC says it appears as if very little was learnt form the report they released in January. “It is unacceptable that there has been little or no change. We demand that Eastern Cape MEC for health Sicelo Gqobana take leadership to end these stock-outs,” says Dubula.

MSF described the situation as “catastrophic”. “It means many thousands of people living with HIV have risked treatment interruption for months now. The stock-outs consequently undermine clinical benefits of life-saving ARV treatment. Over time, more deaths will occur as a result and the likelihood of increased drug resistance is significant,” says Dr Amir Shroufi of MSF.

Drug resistance refers to a decrease in the effectiveness of a drug. In the case of people living with HIV, it would mean resistance to the first line drugs, forcing them to go onto the more expensive and scarcer 2nd and 3rd line drugs. Failure to access the required drugs could see the individual developing an opportunistic infection and dying.

The failure of health authorities to resolve the stock-outs involves a number of violations of the law, according to SECTION27. These include:

–        The State’s obligation under the Constitution to provide for access to healthcare services and not to reduce the level of healthcare provided as well as to promote the efficient, economic and effective use to resources;

–        Obligations under the National Health Act 61 of 2003 to provide healthcare services and to plan, manage and control the cost of doing so;

–        Obligations under the Public Finance Management Act 1 of 1999 to ensure the proper and efficient use of public funds, including proper stock control and to prevent fruitless and wasteful expenditure;

–        Obligations under the Pharmacy Act 53 of 1974 to ensure the safe and effective storage of medicine;

Dr. Dingeman Rijken will always remember baby Ikho. Now, following the infant’s death at the hands of a failing health system, a national campaign will ensure others don’t forget him either. 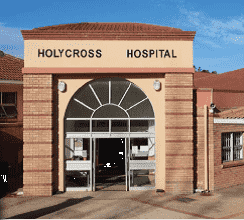 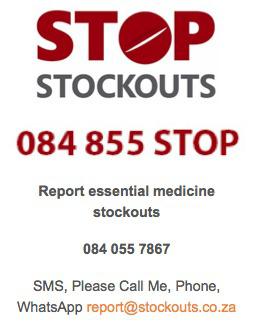 Mbizana, Eastern Cape – For 40 years patients at the Khanyayo Clinic have been treated in the same consulting room with little privacy – but thanks to a public-private partnership the clinic has received two extra consulting rooms.