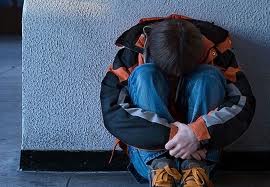 Bullying is a daily challenge at Wrenchville Primary School in Kuruman, according to the Principal Millton Ludick. 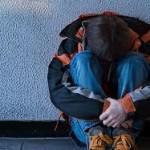 Bullying is a daily challenge at Wrenchville Primary School in Kuruman, according to the Principal Millton Ludick.

”Every day learners report cases of being bullieD. Some of the cases sound minor BUT we always discipline the [pupils involved] and give warnings. We also have parents’ meetings and address issues like bullying and issues that need parental attention.

“Bullying at school is a very traumatic experience, and many learners have dropped out because of being bullied at school by other learners . It makes people feel small, uncomfortable, offended and helpless,” said Mr Ludick

He said parents could assist by rather sending lunch boxes than money, as many pupils were bullied for money.

“I have been bullied and it’s a bad experience because if you report it you will remain a victim for life,” said Kagisho Mocumi, a learner from Wrenchville Primary school.

“Bullying can cause children to lie to their parents. Bullying  affects your self-esteem, its depressing and makes you feel small and the child will always be quiet and wanted to be alone,” said Balepile  Social worker with the South African Police Service.

“The child will feel depressed and some are affected psychologically and some are even suicidal because they feel it is not worth it to live anymore.”

She also said it was important for parents to support their children and to repost bullying.

A bullied child has always a negative response to live , some children are bullying  because they want to be recognised and want to be called big brothers ,some of the bullies are influenced by their upbringing issues and other social related issues .” said Ms Balepile .

“The sad part is that if you don’t join the clan you become a victim and will always be called by names. Society needs to join hands and fight against bullying at school”, said Irene Schoeman, a coordinator for Special Programme in Gasegonyana Municipality .

“I don’t know how can we win this battle because it happens mostly after school and outside the school yard while waiting for taxis,” said Michael Stuurman, a member of a student representative council.

“We really have to do something about it. We cannot afford to have a society that is not educated due to school drop outs caused by bullying. The only way to prevent it is by reporting it,” said Stuurman.

He added that some of the bullies had confessed that they took money from their fellow school mates by force because they were hungry and the school feeding scheme did not always provide meals, said Stuurman.

“Society has a responsibility to fight against bullying by raising awareness and supporting the victims. We all have a responsibility to identify bullied kids, and helps them. But the bullies also need professional help, and other psychological interventions, “ said Nokonwaba Nowewe, a victim empowerment counsellor at Thuthuzela care centre.