Access to safe abortion is recognised as a human right.(File Image)

Vhembe – The Mukwevho family of Mulodi Village are mourning the death of their daughter Betty following a botched illegal abortion last week. 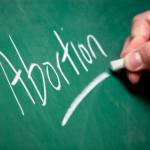 Vhembe – The Mukwevho family of Mulodi Village are mourning the death of their daughter Betty following a botched illegal abortion last week.

Distraught father David Mukwevho (53) says that “deep down I am dead too, but I have to be strong for the sake of the rest of the family since I am the head of it”.

He expresses disappointment and sadness that Betty did not approach her parents for help, but says he is trying to make peace with it.

In tears, her mother Monica says she is “very sad that I have lost my only daughter.

“She meant a lot to me and now she is gone because of trying to terminate the pregnancy.”

She says the day Betty died she had found her lying in bed in a pool of blood, clutching tablets in her hand.

“When I got near her bed I found five more packets of pills, but they were all empty. I screamed out for her, but unfortunately she was already dead.”

Nursing sister at Thengwe Clinic Dorah Nemanashi confirmed that Betty had been at the clinic two weeks ago.

“She came for a pregnancy test and when she found out that she was pregnant she was devastated and scared. We advised her to start coming for check ups, but she never showed up and now we heard of her death,” says.

Nemanashi says they suspect she took an overdose of the pills, possibly without following the instructions from the doctor who is suspected to have supplied it to her.

Betty’s brother John confirmed that “there was a piece of paper with the personal information of the doctor she went to for the abortion”.

He says the family was waiting for Betty’s burial after which they were planning to confront the doctor and demand to know if he had supplied her with the drugs.

Monica had the last word: “It is hard for me and the rest of the family to accept that our daughter is gone, but to every teenager out there, you must not risk your life. You must have the courage to face your parents and talk to them about anything, no matter how bad you think it is.

“If you try to solve it yourselves you might end up dead like my daughter. It is wise to tell your parents all your problems. It is even more so for girls when pregnant, it is not the end of the world, so talk to someone or your parents and they might surprise you and understand your situation. Abortion is not an option so you have to take responsibility for your actions.”