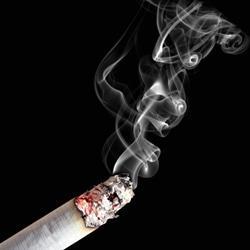 As many as 7.4 million premature deaths will have be prevented by 2050 thanks to tobacco control measures put in place in 41 countries between 2007 and 2010, according to new research published in the Bulletin of the World Health Organisation.

The study is one of the first to look at the effect of tobacco control measures since the World Health Organisation Framework Convention on Tobacco Control (WHO FCTC) was established in 2005. It demonstrates the success of the WHO FCTC in reducing tobacco use and, thus, saving lives.

“It’s a spectacular finding that by implementing these simple tobacco control policies, governments can save so many lives,” said lead author David Levy, PhD, professor of oncology at Georgetown Lombardi Comprehensive Cancer Centre in Washington, in the United States.

In 2008, WHO identified six evidence-based tobacco control measures that are the most effective in reducing tobacco use, and started to provide technical support to help countries fulfill their WHO FCTC obligations.

Known as “MPOWER,” these measures correspond to one or more of the demand reduction provisions included in the WHO FCTC: Monitoring tobacco use and prevention policies; Protecting people from tobacco smoke; Offering help to quit tobacco use; Warning people about the dangers of tobacco; Enforcing bans on tobacco advertising; Promotion and sponsorship; and Raising taxes on tobacco.

The authors did a modeling exercise and projected the number of premature deaths that would be averted by 2050 through the implementation of one or more of these measures.

The study focused on the 41 countries (two of which are not Parties to the WHO FCTC) that had implemented the demand reduction measures at “the highest level of achievement,” that is, at a level proven to attain the greatest impact.

These countries represented nearly one billion people or one-seventh of the world’s population of 6.9 billion in 2008. The total number of smokers in those countries was nearly 290 million in 2007.

Of the 41 countries, 33 had put in place one MPOWER measure and the remaining eight had implemented more than one.

“In addition to some 7.4 million lives saved, the tobacco control policies we examined can lead to other health benefits such as fewer adverse birth outcomes related to maternal smoking, including low birth weight, and reduced health-care costs and less loss of productivity due to less smoking-related disease,” Levy said.

If these high-impact tobacco control measures were implemented even more widely, millions more smoking-related deaths would be averted, said Douglas Bettcher, MD, director of the department of non-communicable diseases at WHO.

“Tobacco use is the single most preventable cause of death in the world, with six million smoking-attributable deaths per year today, and these deaths are projected to rise to eight million a year by 2030, if current trends continue,” Bettcher said. “By taking the right measures, this tobacco epidemic can be entirely prevented.”