Home » Cutting back on smoking may not increase lifespan 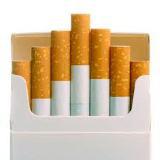 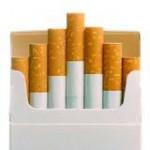 You may be fooling yourself if you think that reducing the number of cigarettes you smoke will protect you from the health risks caused by smoking, new research published in the American Journal of Epidemiology suggest.

For the study, researchers from the University of Glasgow, in Scotland, tracked two groups of smokers – the first included 1 524 working people who were tracked from the 1970s (when they were in their 40s, 50s and 60s) to 2010, and the other group included 3 730 people from the general population who were tracked for more or less the same period of time.

The researchers found no difference overall in death rates between those who smoked and those who only cut down. In one of the studies, they found a lifespan benefit for those who cut down, but only among those who smoked 21 or more cigarettes per day.

“These inconclusive results support the view that reducing cigarette consumption should not be promoted as a means of reducing mortality, although it may have a valuable role as a step toward smoking cessation,” the researchers wrote.

It remains clear that quitting itself is a good idea. The study found that smokers who quit were 25 to 34 percent less likely to die over the period of the research.

“Quit between ages 25 and 34 and save 10 years of life; between 35 and 44, save nine years; quit between 45 and 54, gain six years; quit between 55 and 64, gain four years,” Dr Steve Schroeder, a professor of medicine at the University of California said in a HealthDay News report.

“Many of the immediate effects [from quitting smoking] come from reduced cardiovascular disease, which is sensitive to very low smoking exposure,” he said.

“The main, and possibly only, benefit from reducing cigarette intake is that it makes it easier to quit subsequently,” he said. “It also reduces the exposure of others to secondhand smoke.”

The authors of the study say medical officials shouldn’t promote cutting down unless they understand its potential benefits.