Clinic has no water to wash newborns 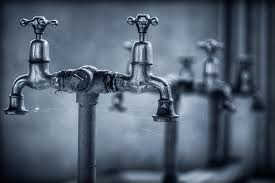 Matavhela Clinic in Vhembe has had no running water for three weeks.

A recent water crisis in Matavhela Village was resolved briefly, but then returned, this time affecting the clinic.

Ketho Nemukula fromNgalavhani said: “I was at the clinic last week and I was very surprised when I had to take a pill and was told that there was no water.”

One of the security guards at the clinic told OurHealth they were struggling Matavhela clinic because there was no water especially on nightshift when they have to bath.

“Sometimes it happens that people around the village get water but our tank doesn’t get any. A clinic that serves more than 100 people can’t have good service without water”, she said.

OurHealth spoke to one of the junior nurses at the clinic and, because she was scared to loose her job, she asked to remain anonymous. She said: “We have been going on like this for three weeks now. We can’t clean the babies or wash the sheets in the labour ward.

“We have been geting help from some other villagers who have cars. They volunteer their time and money to go and fetch us some water but it is not enough because we ussualy use a tank in a week. When we ask for assistance from the local municipality, they tell us that they are having problems with their trucks because they are not working,” she added.

Alice Mbedzi, 37, a patient from Mufulwi village told OurHealth: “I was about to have a baby and I rushed to the clinic. I almost got transferred to the hospital because there was no water but my baby was coming so they delivered him.

“The worst part was when I had to call someone from home to come with some water at the clinic so that both me and my child get cleaned up.”

Government’s move to direct all medical resources at the fight against COVID-19 has scuppered the hopes of many boys and men across the country who are waiting to undergo circumcision procedures.

One Hammanskraal family’s poor living conditions could be exacerbating their son’s chronic skin condition as they continue to wait for government housing.