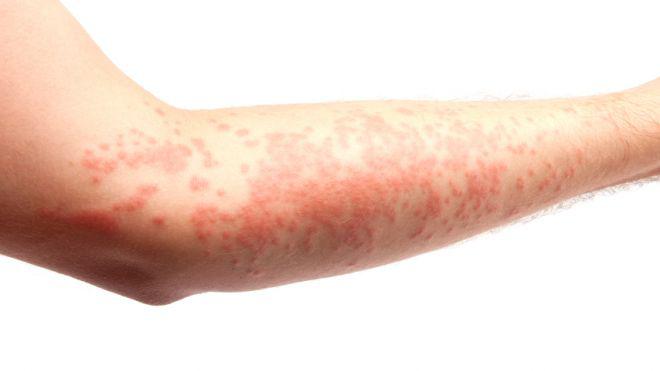 It is estimated that around 10 to 15% of children suffer from infant eczema. It appears on most parts of the body but most often on cheeks and in the folds of the arms, the backs of the knees, wrists and hands. 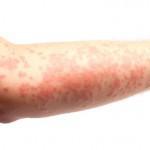 Although the cause of eczema is unknown, it is thought to be hereditary and can be triggered by various chemicals and allergens. Most children will outgrow eczema by the age of between the ages of seven and 11.

Eczema is a long-lasting (chronic) skin problem, causing dry skin, intense itching and a red, raised rash. In severe cases, the rash forms clear, fluid-filled blisters. It cannot be spread from person to person. This disorder is also known as atopic dermatitis. The exact cause is not known but it seems to be the result of an over-active immune system.

Carol Ngcamane, 30, is the mother of two girls, Angel Khoza,4 and Aesha Khoza, 1, both of whom have eczema. She explains what it has been like for them.

“Angel was diagnosed with eczema when she was two months old. I started noticing she had a rash all over her body.  At first I didn’t think it was serious. E45 treatment was given to apply to the affected area. It was working but we stopped because the average cost of it is around R160,00 to R180,00.

After Aesha was born, I expected her to also have it because my husband’s side of the family has eczema. She was diagnosed a month after she was born.

“Both of my girls have been using aqueous cream the fragrance and colourant free for bathing as well as lotion but it doesn’t work anymore.

“Early this month they both have a rash, took them to the clinic and they were given Mylocot ointment and aqueous cream fragrance free but it didn’t work it.

“They both started scratching. Angel was scratching to the affected area and started bleeding but to Aesha it different because the upper body is affected and she couldn’t stop crying.

“I took both girls to the doctor and he said something had triggered the eczema. Lenovate was prescribed for both to apply the affected area and Betanoid syrup for Angel because her eczema three times worse than the young child.

Six hours after applying the treatment, I saw the difference and the rash started vanishing but it doesn’t mean the treatment will cure them. It will just treat the rash.

I wouldn’t wish eczema to my worst enemy because it is painful. It kills me to see my girls start scratching their body. I even wish it could be me because they are just children.

Eczema affects people of all ages, is not contagious and is controllable with proper treatment but my problem is that it’s too expensive.