Public health patients may soon be able to collect their medicine from private pharmacies in a massive public-private partnership that could eliminate medicine stock-outs. 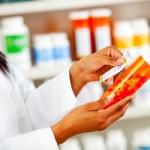 Director General of Health Precious Matsoso confirmed on Friday that health officials had recently met with retailers including Pick n Pay, Checkers, Clicks and Dis-chem to explore this possibility.

“We have been very concerned about the recent medicine stock-outs, so we are looking into contracting private pharmacies to supply our patients with their medicine,” said Matsoso.

“We are prioritising the disabled, and people on antiretrovirals and chronic medication,” said Matsoso.

“We are still working out the cost, but we would like to make this operational within months.”

Health officials have started a massive exercise to identify priority patients and link them to private pharmacies close to them. Once service-level agreements had been reached, private facilities would get copies of patients’ repeat prescriptions and patients would be able to get their medicine from private pharmacies.

Meanwhile, last week President Jacob Zuma signed into law an amendment to the National health Act, allowing for the establishment of an independent body to inspect health facilities and investigate public complaints.

The Office of Health Standards Compliance has already been operating for over a year, and Matsoso describes it as “one of the key requirements for the successful implementation of the National Health Insurance service”.

The Office is modelled on a similar body in Britain, and inspectors have already been sent to Britain for training on how to conduct inspections of hospitals and clinics.

Aside from routinely inspecting every public health facility and investigating complaints, the Office would step in when there were infection outbreaks or serious medical errors.

An initial budget of R80-million has been approved to set up the Office, which will be independent of the health department.

Matsoso said that there had been some exciting developments in establishing the NHI in the eleven pilot districts.

“For the first time, we have done a proper analysis of human resources in clinics and district hospitals, and we are know what staff we need and have been able to set doctor: nurse ratios.

“We have also developed a model to contract private doctors to work in facilities where there are shortages, and we are going to use this model to contract other health workers,” said Matsoso. – Health-e News.