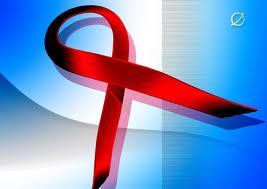 South Africa is an “outstanding model” of what can be achieved in the fight against HIV/AIDS, according to Michel Sidibe, Executive Director of the Joint United Nations Programme on HIV/AIDS (UNAIDS).

Sidibe was in Pretoria yesterday (Tues 30 July) for the release of the UNAIDS report, “Getting to zero: HIV in eastern and southern Africa”.

In the past five years, there has been “extraordinary progress” in reducing HIV in eastern and southern Africa, including a 38% reduction in AIDS-related deaths, according to UNAIDS.

Half–a-million fewer Africans died in 2011, including 100 000 fewer South Africans, than in 2005 when AIDS claimed an estimated 1.3-million people. This is largely thanks to a tenfold increase in access to antiretroviral medicine.

In a single year – between 2011 and 2012 – an extra one million people in the region got access to ARVs, bringing the number of people on treatment to 6.3-million.

One-third of those on ARVs are South Africans, according to UNAIDS.

“In 2010, South Africa embarked on an unprecedented national campaign to provide free treatment to all eligible people living with HIV, coupled with a massive programme of testing and counseling for HIV and screening for TB,” according to UNAIDS.

“During the last financial year (2012/13), more than nine million people were tested for HIV. The country currently has the largest ART programme in the world, with more than 2.1 million people receiving ART.”

A large study in KwaZulu-Natal, the province worst affected by HIV, recorded an 11-year increase in life expectancy in a mere seven years (2007 to 2011).

South Africa also managed to slash mother-to-child infection by 50% in two years (between 2009 and 2011), while the region managed to cut HIV infection from mothers to their newborn babies by one-third.

“Most countries in the region are within reach of the goal of eliminating new HIV infections among children by 2015 and keeping their mothers alive,” according to UNAIDS.

Almost three-quarters of pregnant HIV positive women in the region had access to treatment to prevent transmission to their babies.

In the past decade, there has also been a 30% decline in new HIV infections, rolling the infection rate back to the level it was in 1998. In South Africa, new infections amongst adults have dropped by 41%.

“In South Africa we have made significant progress in reducing new infections among children. We should keep the momentum going,” said Health Minister Dr Aaron Motsoaledi.

“We need to ensure that women continue to benefit from universal access to antiretroviral treatment so that we can reduce maternal mortality. No women or baby should be left behind.”

Motsoaledi said while South Africa has made progress in putting 2million people on treatment, aim was to reach 3,5 million people by 2015.

Amidst progress, there are still serious weaknesses. Uganda has had a 21% increase in new HIV infections over the past decade, while there have been minimal decreases in Lesotho and Tanzania.

In addition, less than a third of HIV positive children were on ARVs, which was “unacceptably low”.

“The low ART coverage in children was due to countries not having proper diagnostics and proper following up strategies for mothers with children born with HIV. But a mjor challenge was that there wasn’t a proper treatment regimen catering for children,” says Sidibe

Finally, there was an estimated shortfall of $7-billion if all countries were to scale up to meet the HIV challenge.

“Ways have to be found to deliver treatment more efficiently and at lower cost. Part of the solution may involve collective investment in the local production of drugs and commodities to drive costs down,” concluded UN 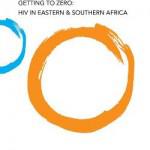 Northern Cape – The Northern Cape Department of Health has, along with the Department of Social Development, undertaken to conduct basic HIV training for guardians and parents of children living with HIV, after it has emerged that many are battling to know when and how to disclose the information to children.

The UNAIDS Nigeria Country Director’s legal threat against an activist for accusing him of inappropriate behaviour has backfired as the agency places him on ‘special leave’.

The editor-in-chief of the prestigious medical journal, The Lancet, has joined calls for UNAIDS executive director Michel Sidibé to be suspended after his controversial handling of sexual assault accusations.