Ayanda Madikizela* lives in the Ngobozana Administration Area in Lusikisiki. She explains why she believes denial and silence are dangerous.

Denial is a killer 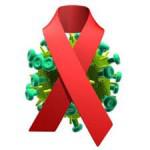 “In 2003, my husband started having affairs with other women openly. In those days, it was hard for a woman to stand up for herself, especially in the rural areas. It makes me so mad now because I felt like I could not do anything about what was happening in my life. He was doing his ‘running around’ and didn’t care for his family. I eventually had to file for family support for my children from the magistrate’s offices.

“On the days when he did come home, he forced himself on me. I went for voluntary counseling and HIV testing and found I was HIV-positive. I started antiretroviral (ARV) treatment when I had to.

“Then came the time of the myth that sleeping with a virgin when you are HIV-positive heals you. This same man raped our eldest daughter and infected her also. She died sometime later because of denial. She would not listen to me when I tried to help her.

“I depended on this man. I felt I had no grounds to report the matter to anyone – my in-laws, the police or my friends – as nobody would have believed me anyway.

“In February, my husband came home sick but was still not keen to seek medical help. He told  himself and anyone who asked that it was just fever. In the last months he was coughing and getting weaker. At the end of July, I decided to take charge and I dragged him to the clinic where he got tested for every illness and tested positive for most of them.

“Now he has come to terms with the state of his health and is learning about ARVs that will save his life, as they saved many lives in this country.

“Denial and carelessness are nobody’s friends as they may lead to early death, which is unnecessary.”

* Name has been changed.