Busisiwe Malinga,* 18, gave birth to a baby girl three months ago. She explains why having unprotected sex at a young age was a bad idea. 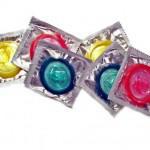 “I met my boyfriend at school and we dated for a few months. Everyone I knew had a boyfriend so I didn’t see any problem with having one. I was still a virgin when I started dating him and I didn’t know much about sex. We never used condoms. I thought that guys are the ones who are supposed to have condoms with them, and my boyfriend never had condoms with him.

“I fell pregnant and I continued going to school until I was heavily pregnant. I also attended antenatal care at the clinic from when I was four months pregnant.  I didn’t have any complications during my pregnancy but it was difficult for me to get nutritious food because the nurses told us to eat nutritious food. My mother is a domestic worker and she doesn’t get paid much so we eat whatever we can get, whether it’s nutritious or not. I was afraid that I was going to give birth to an unhealthy baby because I wasn’t eating nutritious food, and sometime we had nothing to eat.

“I have since dropped out of school because I have to support my baby. My child’s father is not supporting me with anything. He doesn’t even know my daughter. I am on my own. I am currently mix feeding my baby. Breastfeeding requires me to stay with my baby and I work as a domestic worker so I don’t have time. I know that it’s important to breastfeed your baby so I breastfeed when I’m not working.

“I’m doing everything I can to provide for my child, but it’s been extremely difficult. I’m still a child but I now must take care of my own child. My child doesn’t get a child support grant because I don’t have an identity document, so I can’t apply for the grant.

“I have been struggling to raise my daughter and my dreams have been put on hold. It’s important that young girls know about sex and that they don’t engage in sexual activities at a young age. They must delay having sex until they are older.

“The Department of Education must strengthen sex education in schools. Parents must have more open conversations with their teenagers regarding issues of sexuality.”