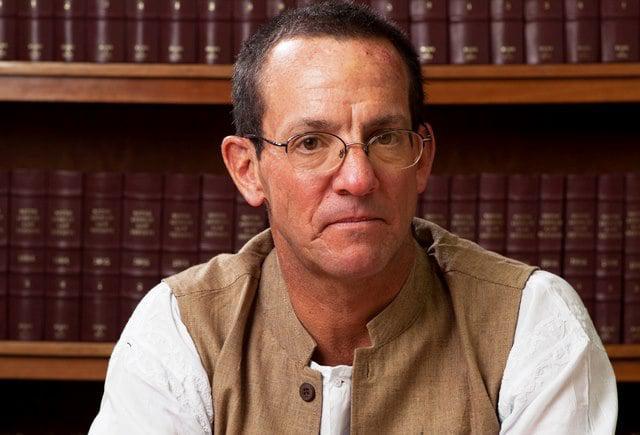 OPINION: Section27 Executive Director Mark Heywood on a controversial new campaign to fix the Eastern Cape’s health system – and why a new health report should come with a warning label. 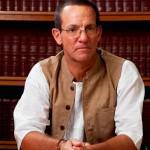 Today SECTION27 and TAC will publish an unprecedented report on the collapse of the Eastern Cape Health system. Or we will publish parts of it. At the time I write this we’re not sure because we are coming under intense pressure from a number of sources not to publish the full report. For good and bad reasons.

Very senior health officials fear the report will lead to a flood of litigation by patients. They say it threatens patient confidentiality. We disagree.

Strangely some people are telling us it is unethical and sensational to tell the full truth. We disagree.

On the other hand, the unredacted report has reports by doctors who have spoken out — and are now fearful of the price of doing so. But whatever we decide, you must be warned the report needs to receive a health warning – its contents are upsetting and may sicken you.

The report is called “”Death and Dying in the Eastern Cape”. It is written because over several years we have become increasingly aware of the scale of the health system crisis in the province and its adverse impact on patients and health providers. It is not a report of statistics and numbers, but of people and their pictures. It aims to remind the reader that it is people who suffer the consequences of mismanagement, corruption and indifference.

The report is about rights and wrongs. The unnecessary death of one-year old baby Ikho due to repeated oxygen and equipment stock-outs at Holy Cross hospital is wrong. The victimisation of doctors (names removed here) for speaking out about the failures they witnesses is wrong. The climate of fear that surrounds truth-telling does not befit our new nation. The suffering of Lindeka, who was lost her baby and was then subjected to gross violations of her dignity and privacy at Nelson Mandela Academic Hospital are wrong.

Over six million people depend on the Eastern Cape health system. But, to all intents and purposes, it has collapsed and this collapse has been overlooked and permitted by a succession of politicians at a provincial level who have abused public trust and become more interested in using their portfolios of public responsibility to line their own pockets, than to advance the public interest.

This is no polemical exaggeration for, as rural health budget analyst Daygan Eagar explains in the report, an investigation by the Special Investigation Unit (SIU) has found that over an 18 month period R800m was stolen by public officials. As far as we know, no-one is in prison for this grand theft.

There can be no excuses for what the SECTION27/TAC report uncovers. Is killing adults, children and babies by denying them even basic services, any better than letting people die by denying them anti-retrovirals? Should we by any less outraged? Should we be silent? The crisis of the Eastern Cape health system is not an apartheid-legacy, but a democratic failure that we must all take responsibility for. It is a crisis of management and political oversight. It is a crisis of the Constitutional promise. We can say this because our research shows that there are financial and human resources available to provide health care in the Eastern Cape; there are many, many committed nurses, doctors, community health care workers as well as other people who want to be trained to work in hospitals and clinics; there are systems which can be made to work to effectively distribute medicines, X-ray machines and other essentials to clinics.

This is the story of negligence of the needs of the poor. But it is not all a tale of gloom. Its mere existence bears witness to the fact that many health workers and ordinary people in the Eastern Cape have decided enough is enough. In the words of Anele Yawa, the TAC’s Provincial Chairperson, “It has to stop.”

Indeed, it has to stop and the people must have a remedy for this disaster. But how can problems of such enormity be overcome?

As we all know, Nelson Mandela hails from Qunu, a town in the OR Tambo health district of the Eastern Cape, an area in which the blight of apartheid-inherited inequality in health care has by no means been overcome. Fortunately because of Nelson Mandela, and other visionary leaders like Chris Hani, Oliver “OR” Tambo, Govan Mbeki who also originate from villages and towns in the Eastern Cape, South Africans have a Constitution to which they can turn when their fundamental rights are being violated, or as a means to have the government ordered to take measures to realise the rights for which they struggled.

The fundamental right that bleeds from the heart of this report is found in section 27 of the Constitution; it is the right of “everyone to have access to health care services” and the duty on the government to “progressively realise” this right.

The provision of health services in a provincial responsibility – at least that’s what the Constitution says. Therefore the personal responsibility for this crisis lies with one Mr Sicelo Gobana, the MEC for Health and his predecessors. These ‘leaders’ must account and be accountable – something they refuse.

Therefore through this report we aim to bring death and dying in the Eastern Cape to national attention – and to force the government as a whole to take responsibility and make improvements. This report is not a mere journalistic expose, but part of a social mobilisation for the right to health that will only end when the problems it describes have been reversed. Although TAC and SECTION27 have authored the report, and will carry full responsibility in the furore that is being built around it, we are both members of the Eastern Cape Health Crisis Action Coalition, a broad coalition which is driving the campaign to fix health systems.

In the last few days we have had several emergency meetings with Dr Aaron Motsoaledi, the Minister of Health. We saw that he is genuinely shocked by some of the horror stories. He has assured us that he takes responsibility in terms of the Constitution for when a crisis like this arises. We will do all we can to mobilise support behind his efforts. But from now on civil society and health workers will also independently monitor the plan and steps taken to do this, and measure progress clinic by clinic, hospital by hospital, fixed system by fixed system. If necessary we will assert section 27 rights in the courts.